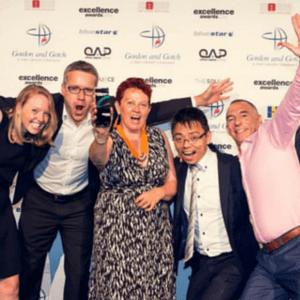 The 18th annual awards, held in Sydney last week, featured some of the biggest brands and businesses in publishing, with Bauer Media, Reed Business Information, Pacific Magazines, NewsLifeMedia, ABC and Universal Magazines amongst the finalists across 26 award categories.

Sterling scooped several other awards in the Business category – Aleks Vickovich was awarded Editor of the Year for his work on ifa (Independent Financial Adviser), while The Adviser’s Better Business Summit received Event of the Year.

Further accolades were also achieved, with Sterling named runner-up in Multi-Channel Brand of the Year for The Adviser, Website of the Year – Business for Real Estate Business (rebonline.com.au) and Magazine Cover of the Year in the Consumer category for Smart Property Investment (April 2014 edition).

According to Alex Whitlock, group publisher at Sterling Publishing, the latest accolades bear testament to the quality and professionalism of the Sterling team.

“Over the years we’ve won numerous honours at the Publishers Australia Excellence Awards but this year’s achievement is the standout,” he said.

“The Business Publishing Company of the Year award reflects the truly outstanding work our team delivers across all facets of our business.

“This is the most coveted of the awards and it’s an honour to have been given this recognition amongst such outstanding competition.”

In awarding Sterling the coveted Business Publishing Company of the Year title, judges highlighted the strong interconnected suite of Sterling brands and audiences, as well as its ability to grow organically and through acquisition.

''The Sydney-based publisher has recorded more than 40 per cent revenue growth during the judging period and just last month bought Lawyers Weekly magazine from Cirrus Media.

“An ability to identify the perfect growth markets has boosted Sterling’s enviable performance,” the judges said.