Residential construction in Queensland is at its strongest level in six years and shows no signs of slowing. 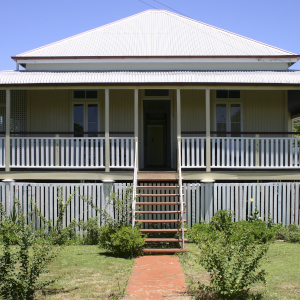 Earlier this week, the Housing Industry Association (HIA) released the Spring 2014 edition of its Queensland Outlook, which it says is "the state’s most comprehensive housing report card".

“Queensland is in the midst of a sustained upswing in new home building, with activity bouncing back strongly from the difficult post-GFC years,” HIA Queensland executive director WarwickWarwick, WA Warwick, QLD Temby said.

“New dwelling commencements are finishing off their second consecutive year of strong growth, with more to come over the next few years.

“New dwelling starts in Queensland are enjoying their strongest year since 2008.

“The strength of new home building is matched by increasingly good prospects for home renovations activity in the state, which entered a sustained expansion during 2014,” he said.

In 2016, the value of renovations is forecast to reach $6.90 billion in Queensland, up by 6.5 per cent on the previous year.