Regulators take a 'sledgehammer' to the housing market

Plans for Australia’s regulators to investigate interest-only, high-LVR and investor loans have been slammed as “totally unnecessary”.

“In the context of historically low interest rates, high levels of household debt, strong competition in the housing market and accelerating credit growth, APRA has indicated it will be further increasing the level of supervisory oversight on mortgage lending in the period ahead,” APRA said in a statement.

APRA chairman Wayne Byres noted that the investigation would help guard against a relaxation of lending standards and, where relevant, prompt some ADIs (authorised deposit-taking institutions) to adopt a more prudent approach in the current environment.

“This is a measured and targeted response to emerging pressures in the housing market,” Mr Byres said.

APRA’s closer scrutiny of lending standards will be conducted in conjunction with the review of interest-only loans announced by the Australian Securities and Investments Commission (ASIC).

ASIC will probe the provision of interest-only loans as part of a broader review of home-lending standards that will look at how closely lending institutions are complying with consumer protection laws, including their responsible lending obligations.

The review follows concerns by regulators about higher-risk lending following strong house price growth in Sydney and Melbourne. Through the Council of Financial Regulators, ASIC, APRA, the RBA and Treasury are working together to monitor, assess and respond to risks in the housing market.

Interest-only loans as a percentage of new housing loan approvals by banks reached a new high of 42.5 per cent in the September 2014 quarter (this includes owner-occupied and housing investment loans), according to the corporate watchdog.

ASIC deputy chairman Peter Kell said that while housing has experienced growth in many parts of Australia, it remains critical that lenders are not putting consumers into unsuitable loans that could see them end up with unsustainable levels of debt.

“Compliance with responsible lending laws is a key focus for ASIC,” Mr Kell said. “If our review identifies lenders’ conduct has fallen short, we will take appropriate enforcement action."

The Real Estate Institute of Australia (REIA), however, has slammed the announcement, accusing APRA and ASIC of taking “a sledgehammer to the market”.

“These attempts to introduce tighter controls on housing loans and target property investors are totally unnecessary and a blunt instrument that adversely affects the entire market and not just one or two hotspots,” REIA CEO Amanda Lynch said.

According to the REIA, the national housing market has been “cooling off” over the past quarter, so the moves by the regulators may not even be necessary.

“You only have to look at the minutes of the Reserve Bank meetings to know that concerns about a rise in property prices relates primarily to Sydney and, to a lesser extent, Melbourne,” Ms Lynch said.

APRA and ASIC’s investigations are “the first step towards macroprudential tools”, Ms Lynch said, and could have adverse effects on the market.

“We know from the New Zealand experience that moves such as these disproportionately affect first home buyers, and APRA’s decision comes at a time when first home buyer levels in Australia have hit a record low,” she said.

“It was only last month that the Reserve Bank of New Zealand announced that it would be winding back its macroprudential measures after it became clear that it was shutting first home buyers out of the market.

“We need to learn from these overseas experiences and not jump to knee-jerk reactions.”

Read More
Regulators take a 'sledgehammer' to the housing market 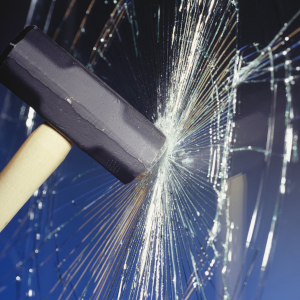