The east coast city primed for growth in 2015

East coast property investors would be wise to turn their attention to an area on the outskirts of Brisbane in 2015, according to a wealth coach and real estate commentator. Zaki Ameer from Dream Design Property said the Logan City area, between Brisbane and the Gold Coast, would be “the new east coast investment hotspot in 2015”. Mr Ameer said as the market braces for increased interest rates and a slowing rate of property growth next year, this region would outperform other investment locations in Queensland.

The region, he said, is “currently performing identically to the western Sydney areas back in 2007 and the years that followed”.

“We expect property in this area to perform the same way that property in western Sydney did, with significant growth over the next five years. This area is where astute east coast property investors will be focusing upon in the coming year.”

According to Mr Ameer, in 2014 Sydney experienced its strongest growth since the GFC, so he expects the market to slow down towards winter.

“South-western Sydney was a market we had focused on previously, but it is not as attractive anymore, because it is not displaying good rental yields right now, with rents staying the same because of low interest rates.”

Logan’s predicted positive performance won’t extend citywide, according to Mr Ameer – who believes property prices around Brisbane's CBD are likely to flatten out due to oversupply.

“Brisbane investors need to rather focus on the Logan areas and outer-lying suburbs, which are more likely to increase in value over coming years.”

In addition, Mr Ameer said while the Commonwealth Games may impact property values on the Gold Coast, this was unlikely to be sustainable and ongoing. Instead, he said the price growth would simply help the market to recover from any lingering post-GFC effects. Read More
The east coast city primed for growth in 2015 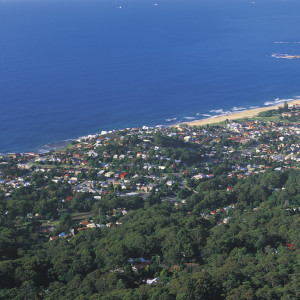