New figures have shown a -0.3 per cent fall in property values across Australia’s capital cities in November. The November CoreLogic RP Data Home Value Index reported that over the month, while home values rose in Sydney by 1.0 per cent, Brisbane by 0.4 per cent, PerthPerth, TAS Perth, WA 0.9 per cent and Hobart 0.2 per cent, values fell across the remaining capitals.

CoreLogic RP Data research analyst Cameron Kusher said this recent slowdown is highlighted by the fact that over the three months to November 2014, values rose by just 0.8 per cent across the combined capitals.

"Although combined capital city home values increased by a healthy 8.5 per cent over the 12 months to November 2014, the annual growth rate is now at its lowest level in the year – the rate of annual home value growth across the combined capital cities continued to slow after peaking at 11.5 per cent over the 12 months to April 2014," Mr Kusher said.

With the exception of Hobart, the annual rate of capital growth across each capital city is now lower than its recent peak.

Mr Kusher said this suggests that most cities have now moved past their cyclical peak.

"Importantly, this has become apparent in the two largest capital cities, Sydney and Melbourne, where annual value growth peaked at 16.7 per cent in April 2014 and at 11.9 per cent in January 2014 respectively,” Mr Kusher said.

"Although Sydney and Melbourne appear to have moved through their peaks, capital growth in these two cities has consistently been the main driver of value growth over the past 12 months.”

Over the past year, Sydney home values have risen by 13.2 per cent, Melbourne by 8.3 per cent, Brisbane 6 per cent and Hobart 5.2 per cent. 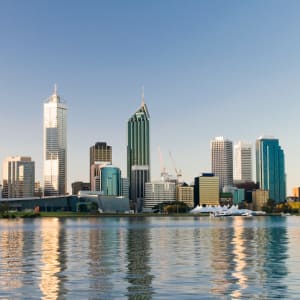