The value of land in New South Wales increased by a staggering 11 per cent to exceed $1.12 trillion in 2014, with one suburb overtaking wealthy Mosman to become the state's most expensive suburb. 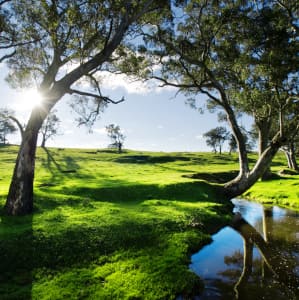 Woollahra has become the suburb with the highest median residential land value of $1.4 million – a 13.8 per cent increase from 2013.

Willoughby recorded the biggest median increase, with average land values up a whopping 37 per cent, from $788,000 to $1.08 million in the past year.

Residential land in Bankstown shot up 29 per cent to a median price of $519,000 and land in Hornsby, the Hills Shire and CanterburyCanterbury, NSW Canterbury, VIC all recorded rises of 21 per cent or more.

Many of the rises have been linked to new infrastructure projects, including the North West Rail Link, which is due for completion in 2019.

“In the last 12 months or so the NSW property market has kicked on pretty strongly,” said NSW valuer-general Simon Gilkes.

“Seeing places like the Hills Shire in the list, that is at least partly due to the development of the rail link which will make that area much more accessible.”

Newcastle recorded the biggest rise in land values outside of Sydney, rocketing 10.3 per cent to $255,000.