Australia’s five major metropolitan areas have been “severely unaffordable” for 11 consecutive years, according to a new report. 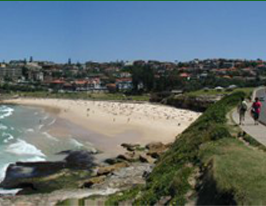 Historically, the median multiple has been remarkably similar in Australia, Canada, Ireland, New Zealand, the United Kingdom and the United States, with median house prices from 2.0 to 3.0 times median household incomes, according to the report.

However, in recent decades, house prices have been decoupled from this relationship in a number of markets, such as Vancouver, Sydney, San Francisco, London, Auckland and others, it said.

“Without exception, these markets have severe land use restrictions (typically ‘urban containment’ policies) that have been associated with higher land prices and in consequence higher house prices (as basic economics would indicate, other things being equal).”

The report found all of Australia's five major metropolitan areas were severely unaffordable.

“This is in significant contrast to broad housing affordability that existed before implementation of urban containment (urban consolidation) policies,” it said.

“Before urban consolidation was adopted, each of Australia's major markets had housing that was affordable.”

“Moreover, cities are not expanding at a rate that would threaten agricultural production,” it said.

According to the report, the antisprawl justification is being challenged by the increasing awareness that strong restrictions on land supply drive up the cost of housing, which reduces the standard of living.

Paul Cheshire of the London School of Economics refers to a "fatal mismatch between the operational concepts of demand and supply in markets and the parallel concepts with which the planning system works."

“As noted above, younger households are among the most significantly victimised by the housing affordability losses,” he said.

“The lucky ones will inherit homes from their parents – which is a big step away from legendary urbanologist Sir Peter Hall's ‘ideal of a property-owning democracy’,” he said.

The least affordable market was Sydney, with a median multiple of 9.8, a substantial increase from last year's 9.0.

“This makes Sydney the third least affordable out of the 86 major markets rated in this survey,” the report found.

Housing affordability also deteriorated in Melbourne, rising to a median multiple of 8.7 in 2014 from 8.3 in 2013.

Among all markets, Australia's median multiple remained severely unaffordable, at 5.5.

However, there were signs of considerable improvement among the smaller markets of Australia.

Gladstone (Qld) achieved a moderately unaffordable rating, with a median multiple of 3.9.

Townsville (Qld) and Latrobe (Vic) tied for fourth most affordable market, with a seriously unaffordable median multiple of 4.3.

This is the first time in 11 years of the Demographia International Housing Affordability Survey that Australia had markets that were rated as affordable.