New data has confirmed investors in the Australian property market are increasing rapidly, with finance commitments for investor housing reaching a record high of $12.6 billion. Corelogic RP Data said, simultaneously, the value of investor housing finance commitments was 18.8 per cent higher in December 2014 than in December 2013.

Mr Kusher said this was a rise of 66 per cent over the two years and is the largest rise over a two-year period since December 2003.

Year on year, the increases were recorded at 34.1 per cent in New South Wales and 30.3 per cent in Victoria.

The Australian Capital Territory recorded a 43 per cent increase over the year.

Queensland recorded an 8.6 per cent rise, while South Australia recorded a 14.1 per cent increase.

A 4.5 per cent increase was recorded in Western Australia, an 8.3 per cent rise in Tasmania, and 10.6 per cent in the Northern Territory.

Mr Kusher said that investment is largely focused within New South Wales and to a lesser degree Victoria.

“These results provide a proxy for the capital cities in these states (Sydney and Melbourne),” he said.

“These two capital cities have recorded the greatest increases in home values over the past year and have also recorded the lowest rental yields.”

Mr Kusher said this seems to indicate that a majority of investment activity is premised on expectations of capital growth rather than rental return. 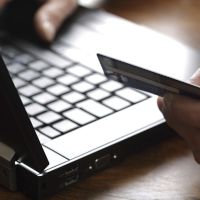