A federal government proposal to charge foreign buyers an application fee each time they buy property in Australia will not tackle the ‘seismic’ changes in Melbourne’s housing market, a Victorian buyer's agent believes. Mal James of James Buyer Advocates said 50 to 75 per cent of properties on the books of some real estate agents are now being sold to overseas buyers.

However, the latest government proposal will not slow the influx of international buyers snapping up properties in Melbourne, he added.

“This has serious ramifications. In many cases, we are seeing local buyers almost giving up because the market has changed so dramatically,” Mr James said, adding that it is not just young homebuyers who are being priced out of the market.

“Middle-aged buyers and middle-class Australians are also being priced out of the market. For people climbing the ladder, the only choice is to be pushed further and further away from the city and into the outer suburbs."

Last week, the government announced a proposal to charge foreign buyers a $5,000 application fee to buy property valued under $1 million, and $10,000 for every extra $1 million in the purchase price.

“That won’t have any impact on wealthy overseas investors,” Mr James said.

Mr James said the ‘seismic’ shift in the Melbourne real estate market started in 2008 when policy changes made it easier for overseas buyers to purchase property.

“We all loved it in 2008 because it kept us out of the poo GFC-wise,” he said, “but now it’s significantly changing the game.

“Is it healthy to have a lot of money coming into a market segment which is distorting values significantly? When the rules changed in 2008, the dam was broken and it has never been patched up.

“There needs to be a fuller understanding of the problem. At the moment, many young people, many middle-class Australians and even upper-class Australians are being priced out of their own markets. If you are an older person downsizing now, you’ve hit [the jackpot]. You’ll dismiss what I’m saying because you are getting a huge windfall.” 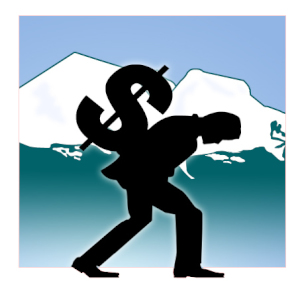 Last Updated: 22 December 2017 Published: 03 March 2015
share the article
Could you be sitting on a positive cash-flow goldmine?
Sydney ‘overvalued by 25 pc’