Sydney market a 'house of cards'

Australia's largest capital city could be just one step away from experiencing a significant drop in property price growth. Propertyology buyer’s agent Simon Pressley told Smart Property Investment's sister publication Real Estate Business  that the Sydney market is a “house of cards” that could be affected by regulatory intervention.

Mr Pressley said that while he wasn’t predicting a crash, Sydney “doesn’t have very good, strong fundamentals” and is currently riding a wave of unsustainable growth.

The federal government’s proposed crackdown on foreign buyers could also trigger a slowdown, he added.

“That’s not saying that we expect Sydney to bust or for the floor to fall out the back of it,” Mr Pressley said.

“It’s understanding what drives Sydney, and when the momentum started about two years ago it was primarily an influx of Asian investors that started that momentum.”

Mr Pressley said a Sydney downturn would have a flow-on effect to consumer sentiment and business confidence in the rest of the country.

However, he said the impact would be limited because each capital city and town has its own distinct property market and economies. 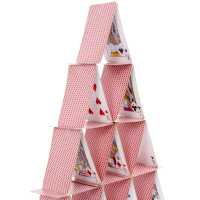