The six regions across the country worst affected by the mining downturn have been uncovered by a new report. The report, The carnival is over: house prices in mining towns now the boom is gone, compiled by Propell National Valuers, said recent figures and stories of investors' suffering "beg the question of why anyone would take the risk" of buying into these regions.

The valuation company said there are 21 significant mining towns in Western Australia, Queensland and New South Wales that contain almost 63,000 houses – which, in aggregate, is about equal to the stock of houses in Hobart.

According to the report, 45,000 of these mining town houses are in Queensland.

The six towns suffering the most from the slowdown in mining activity are Blackwater, Moranbah, Karratha, Emerald, Muswellbrook and Gladstone, the report said.

“Gladstone is the largest, with 8,900 houses. It is the port city for the Bowen Basin, within which are also Emerald, Moranbah and Blackwater. Together, these towns have been the worst affected.

“For these six towns, the number of house sales has dropped by half. There were almost 3,000 sales in 2011, as optimism about mine expansion and the dredging of the harbour to provide new port facilities reached its height.”

The report said that by 2014, sales had dropped to 1,225 as mine expansion plans were reversed, environmental concerns dogged the harbour dredging and commodity prices fell.

Muswellbrook made the list as the most affected in New South Wales, with a fall of 13 per cent in 2014 – a figure “that seems almost mild in comparison” to what’s happening in other states, the report said.

The report said people buying into mining towns aren’t making “a real estate decision”, but instead are making “a futures play on the global commodities market”.

“Value depends on rent, which depends on accommodation demand for employees working on a resource project,” the report explained.

“When commodity prices halve, as they have in 2014, mines will shut down and houses, once in heavy demand, can lie empty.

“Even if demand is solid, the value can be eroded in other ways. Developers, lured by high prices, will develop new supply that can reduce rents. Mining companies can decide to build their own accommodation, and/or adopt FIFO policies, if that is cheaper than renting accommodation.”

These factors make a house in a mining town a “high-risk play over factors well beyond the control of the freeholder, in a small and volatile market”, the report warned.

“It begs the question why anyone would take the risk and, indeed, there are enough stories of unsophisticated buyers lured by the promise of positive gearing, without understanding the market risk that they are buying into.”

The report warned that “one-industry” towns were obviously more susceptible to the downturn and would suffer more rapidly and severely.

“Like the ghost towns of old from the days of the gold rush, they boom while there is money to be made, then disappear.

"Investors have been attracted to a number of these towns like Emerald, Moranbah, Karratha and Port Hedland, during the period when the mining workforce was flooding in and demand seemed insatiable.”

Further declines are on the horizon, the report forecast.

“BIS Shrapnel state that expenditure on mining and heavy industry construction is only now peaking and will fall by 30 per cent over the next five years, further reducing employment demand in the mining sector.” 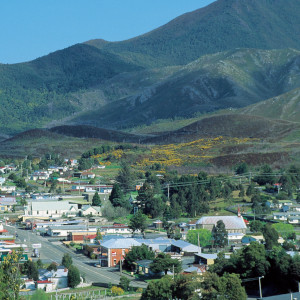