A capital city suburb is “back on its feet” after recently recording a 22 per cent drop in median price, according to new data. PRDnationwide figures indicate that ClaremontClaremont, TAS Claremont, WA, a PerthPerth, TAS Perth, WA western suburb eight kilometres from the CBD, has recovered from its 22 per cent median unit price drop in the December 2014 quarter. In the March 2015 quarter, the median unit price grew by 37 per cent.

The figure is likely skewed by the sale of an $11 million apartment, but the real estate group said Claremont is showing other signs of improvement.

“At present, the average number of visits per property in Claremont is 367, almost twice the average (194) for Western Australia,” PRDnationwide said. “The house median price made a leap of 11.5 per cent in the March 2015 quarter; suggesting an improvement of 7 per cent house growth when compared to the December 2014 quarter. Admittedly, this is the highest growth levels that have been attained in both house and unit markets since the beginning of 2014.”

Despite the recent price fluctuations, investors in the suburb are likely to do well, the group said.

“The five-year increase in median property values for Claremont has given property investors a potential capital gain of 8.7 per cent across each of those five years. Despite a high median price, Claremont houses and units sell for little less (average vendor discount of 3.5 per cent) than the asking price, indicating high demand and competition among buyers.”

The recent cash rate cuts have stimulated the market, as has developer activity in the region, according to PRDnationwide.

“Prominent companies like Pindan (building Freshwater Apartments); Georgiou, developer of The Pocket; and Mirvac, developer of the Grandstand, among others, have embarked on various residential, development projects in Claremont.

“Development projects in Claremont for 2015 are estimated at $34 million with a greater focus on infrastructure (40 per cent) and mixed-use residential and commercial (40 per cent) development.”

“Claremont house and unit markets have experienced a positive turn around supported by increased demand, especially for units due to off-the-plan developments launched in the suburb. We expect the market outlook to be sustained as we move into 2015, thanks to the interest rate cut.”.

PRDnationwide said the suburb was also likely to outperform its neighbours.

“Compared to its neighbours like Swanbourne, Nedlands and Cottesloe, Claremont is making impressive gains and is already the sought-after township in Perth.” 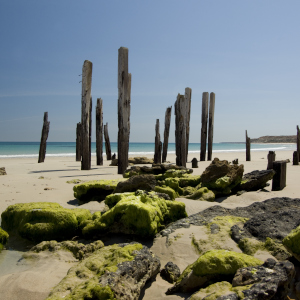