‘No property bubble’ in Sydney or Melbourne

Prices in Australia’s two largest capital cities are not about to fall and perceptions of a property bubble are based on a fundamental misunderstanding, a prominent commentator claims. Mortgage Choice CEO John Flavell said the “key characteristic of a bubble is that it bursts”, and this simply isn’t on the horizon for Sydney and Melbourne.

“To state that a property bubble exists in Sydney and Melbourne, you would have to believe we will see a sudden and dramatic reduction in property prices over a very short time,” Mr Flavell said.

Talk of a bubble, he said, is being driven by a major misunderstanding of supply and demand.

“Property prices, like the prices for anything else, are driven fundamentally by supply and demand. Is that going to change rapidly or significantly in either Sydney or Melbourne and cause a bust?

“In Australia we have a modest rate of population growth driving modest increases in property demand. We have had historically low levels of new construction keeping supply light, especially in Sydney and Melbourne. We continue to see high rates of urbanisation, particularly in NSW and Victoria, as our population is attracted and retained by our largest cities, given the employment opportunities and the amenities they provide.

“Recent infrastructure investment in Sydney and Melbourne has been almost exclusively on roads with an acute lack of public transport linkages, which is driving our population further into city centres. We are wedded to the idea of the family home being three bedrooms and several bathrooms all sitting on its own block of land,” he said.

To believe the market is entering bubble territory, you would have to ignore these market drivers, according to Mr Flavell.

Mr Flavell conceded property in the two cities is expensive, but said “it is not about to get any cheaper”.

Read More
‘No property bubble’ in Sydney or Melbourne 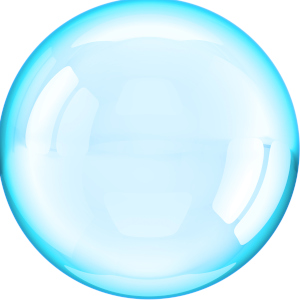