Recent attempts by regulators and the banks to put the brakes on investor activity have failed, with harsher measures on the horizon as a result, according to a market researcher. In recent weeks several banks have taken steps to reduce the potential borrowing capacity of investors, including changing loan-to-value ratios (LVRs) and reducing discounts. The moves have largely been implemented in response to concerns voiced by the Australian Prudential Regulation Authority (APRA) that housing-related risks have grown and lenders are engaging in “disconcerting” lending practices to investors.

Speaking about the efforts of the banks and regulators to rein in activity, SQM Research managing director Louis Christopher said he’s “getting an increasing sense APRA’s recent action isn’t working”.

“Since the announcement by the major banks of new restrictions four weeks ago, clearance rates have stayed above 80 per cent in Sydney and 75 per cent in Melbourne,” Mr Christopher said. “This is hardly slowdown territory. On top of this I am having a strong sense that listings have fallen again from the levels in May.”

Mr Christopher said that once APRA “are convinced that their existing efforts to slow the market have failed”, they will “turn the screws again” – probably before Christmas.

He said the regulator had several options on the table to further restrict investors.

“They may well ask the banks to place tougher restrictions to get overall investment lending credit growth back under 10 per cent per annum. In other words, leave it to the banks on how they wish to meet the credit limit.”

The risk with this approach, he said, was that it would “unnecessarily slow down investor appetite across the country” – which would, in turn, hamper housing construction and remove the “feel-good factor that is associated with rising house prices to keep the other parts of the economy from stalling”.

Instead, Mr Christopher predicts that APRA will follow the lead of the Reserve Bank of New Zealand (RBNZ) and focus on putting LVR limits on Sydney real estate investors.

“The RBNZ are now targeting specific areas where there is evidence of a bubble – that being Auckland, where house prices have risen substantially.

“Setting such a course for the Sydney market, and perhaps later on the Melbourne market, would be optimal for the RBA. It would enable it to keep rates low ... and would tactically target problem ‘bubble’ areas.”

Mr Christopher’s assessment that APRA’s moves thus far have been “ineffective” in slowing the housing market was echoed in Smart Property Investment’s most recent Investor Insight Survey – which revealed investors across the country believe there are far more pressing factors driving house price growth than investors and relaxed lending standards.

Comparatively, more than 78 per cent of respondents said “housing undersupply” had a “big impact” on property price growth”, with just 19.6 per cent saying it had “little impact” and less than 2 per cent “no impact”. 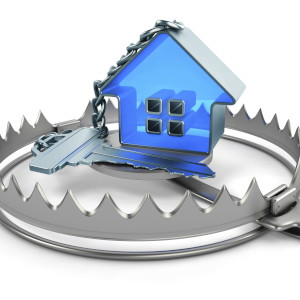