Time running out for Sydney

Investors looking to cash in on booming conditions in the New South Wales capital may need to act quickly in order to avoid a price fall, according to a market researcher. SQM Research managing director Louis Christopher said recent moves by the Australian Prudential Regulation Authority (APRA) and various lenders to slow the investor market have failed – and as a result the regulator may look to further tighten the screws.

Mr Christopher said risks are increasing that the Sydney market will begin to cool too quickly.

“For Sydney investors who were looking to get out of this current cycle, your bus stop is arriving soon,” he said. “This is now a massive sellers’ market, and much of the easy gains have already been made after a three-year surge in prices that will amount to over 50 per cent in gains.

“From here, while the market will still rise for the remainder of 2015, Sydney is fraught with additional risk, that being in the form of APRA.

“The risk is, whatever the relevant authorities do from here, they may well overstep the market and cool it down too quickly. We are in uncharted waters here. Macro-prudential policy is a new policy tool that has not been fully tested. I am sure no one high up has properly modelled out the ‘what-if’ scenarios.”

“The RBNZ is targeting specific areas where there is evidence of a bubble – that being Auckland, where house prices have risen substantially,” he said.

“Setting such a course for the Sydney market, and perhaps later the Melbourne market, would be optimal for the RBA. It would enable it to keep rates low, if not lower, and would tactically target problem ‘bubble’ areas.”

He pointed to ING Direct’s recent LVR restrictions as evidence of this trend, but said the move in isolation wouldn’t be enough to effect change – which could prompt APRA to crack down further on investors.

“We have perhaps already seen movement on this front with news last week that ING Direct is going to reduce LVRs in New South Wales to 80 per cent,” Mr Christopher said. “Mind you, this is unlikely to materially slow the market there and ING face the risk of just lowering their own market share unless their peers follow them.”

This kind of geo-targeted policy was likely to become more prevalent, he said, as APRA and the Reserve Bank would be hesitant to “unnecessarily slow down investor appetite across the country”. 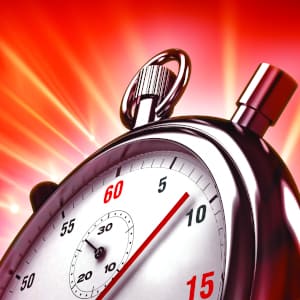