House prices could fall by 20%

A former economic adviser to the prime minister has warned that it is increasingly likely Australia will suffer a significant housing correction. Stephen Koukoulas, who served as a senior economic adviser to Julia Gillard in 2010/2011, said it is realistic to think there could be a national decline of 20 per cent in house values.

“When markets go up at an incredibly strong pace … there is a real risk that we do see something of a correction,” he told Smart Property Investment's sister publication, REB.

Mr Koukoulas said a 20 per cent correction would wipe out about $1.1 trillion in housing value, which would cause a big drop in consumer confidence and make banks less likely to lend.

“The global experience over the past decade in the US, UK, Ireland and Spain tells us that once these things do turn, they can be very nasty,” he said.

“It's still a low probability. It's less likely than more likely, but with each rise in the price every week or every month and the shortage of property for sale, it appears that this risk just gets higher.”

“I don't mind markets going up a bit … but a point comes where this is just getting silly, this is now getting really overcooked – and I think we're in that territory now,” he said.

“It's obviously been an issue on some people's minds for many years, but I've not been terribly concerned about house prices until the past three to six months.

“Yes, they're high, yes, there are issues there, but it's just really this last three months or so that's caused me to think, ‘gosh, this is a problem’.”

Mr Koukoulas told REB the size and timing of any correction would be strongly influenced by any increases in interest rates and unemployment numbers.

One thing that could take heat out of the market is the record amount of new housing that’s being built, Mr Koukoulas said. A reduction in investor lending would also help, he added.

According to the latest banking statistics, for May, three of the big four banks are growing their investor lending books by more than the 10 per cent per annum recommended by the regulator, APRA. 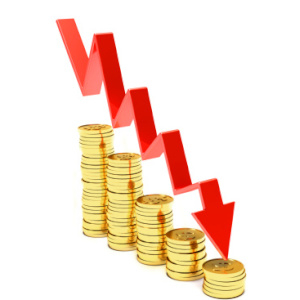