Just because you missed the increased first home owners grant doesn’t mean it’s not a good time to buy. The first home owner’s grant (FHOG) has been a real asset for first time buyers since its introduction back in mid 2000.

Not only has it empowered more Australians to realise their dream of homeownership, it’s also stimulated construction while helping to drive the overall economy.

Back in October 2008, the federal government responded to the economic slump and threat of recession by increasing the FHOG over and above its standard $7,000. And the impact of this was pretty swift.

More Australians chose to enter the market to capitalise on the increased grant ($14,000 for existing properties; $21,000 for new ones), with first home buyers accounting for 28.5 per cent – nearly a third – of all homes financed at its peak in May 2009.

Various states and territories also added further incentives to the mix, with supplements and discounts for new homes in a bid to encourage first home buyers into the market.

There were repercussions associated with the increased grant however.

Some commentators argued, for example, that it created a ‘property bubble’ in the sub $500,000 mark – the natural cap for first time buyers. More buyers increased competition for property, they said, pushing prices up.

With the beefed-up grant dropping to its standard $7,000 mark at the start of this year, first home buyer activity has noticeably dropped off. As of April 2010, first home buyers accounted for just 16.3 per cent of homes financed – well down on its 2009 peak.

However don’t fall into the trap of thinking that because you missed the increased FHOG that you still can’t buy your first home today. There are some very good reasons to enter the market now.

With fewer first home buyers in the market than this time last year there is less competition for lower price bracket properties, and that means that there is less pressure on prices.

Indeed, much of the talk coming from real estate agents is that we’re moving (or already have done so in some areas) into a buyer’s market – were negotiation power is more likely to settle with the buyer, helping you to negotiate the price down or seek more favourable settlement terms.

While you may have missed the increased grant, you now also have time on your side.

Don't act hastily; instead, make educated and informed decisions based on solid market research. With thorough planning you may be able to save thousands on your first home’s purchase price – cash that can go straight into your back pocket to help buy furniture or essential whitegoods.

Whether, and when, the government will increase the FHOG again is anyone’s guess.

If your home buying strategy is based on capitalising on an increased government grant, you may be waiting some time. 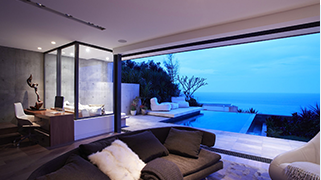 Last Updated: 23 June 2022 Published: 30 November 1999
share the article
Dramatic house price growth a thing of the past
Back to basics