The remaining winter months could be the ideal time to sell your property with a severe shortage facing the east coast property markets. “It has remained very tight and hence there is a classic demand and supply issue,” LJ Hooker chief executive Grant Harrod said.

“Our research shows there is interest from vendors to list their property but the issue of ‘don’t sell until you buy’, has created a catch-22 situation and it is keeping pressure on prices.

“Concern about finding a new place after selling is also seeing a trend of people requesting longer settlement periods.”

The group said it had experienced a 30 per cent increase in appraisals over the month of June – which could indicate a bumper spring season ahead.

Mr Harrod encouraged property owners who have been contemplating selling to act now, before the traditionally busy end-of-year period.

He said investors had the chance to capitalise on the strong winter market which is being fuelled by lack of competition.

“There are lots of buyers. We are still getting big numbers to open homes, so the notion that 'my house won’t be worth as much because the leaves are not on the tree' is not true,” he said.

LJ Hooker national research manager Mathew Tiller cited figures from Adelaide, Hobart and Brisbane which are showing improvement but said it would take a few more months for the full impact of the Reserve Bank of Australia’s May rate cut to filter through to all property markets.

Mr Tiller said the record prices being paid in Sydney could be helping to lift other states across the country, with investors now looking further afield for more affordable property.

“It’s likely they are now focussing on opportunities outside their own home state,” he said. 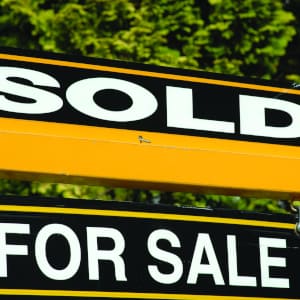