A new survey has revealed the state of the Australian housing market, highlighting the performance of capital cities and identifying areas tipped to experience above-average capital growth in the coming quarter. 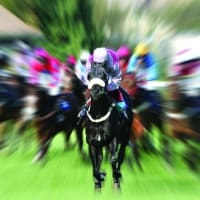 While the NSW market remained steady and the Victorian market improved during the second quarter of 2015, Western Australia suffered a significant lag.

According to the survey, released on Tuesday, WA is ‘the most pessimistic’ market going forward.

NAB’s capital city house price forecasts to the end of December 2015 indicate that house prices in the PerthPerth, TAS Perth, WA market will dip by 3.8 per cent before year end. The forecast for 2016 is listed as -0.1 per cent.

The survey’s key findings state that NSW is expected to continue to provide the best capital returns of the next two years, with WA tipped to make a comeback.

“NSW and Victoria [are] to provide the best capital returns in the next year, with bigger price falls tipped for WA, SA and (the) NT. NSW (is) also expected to lead in two years and modest growth to resume in WA. NAB expects prices to slow in the next two years, with price growth led mainly by Sydney, Melbourne and Brisbane, with Perth and Adelaide lagging.”

Overall, the NAB Residential Property Index, which includes property prices and rents, fell by four points in the second quarter of 2015. The index currently sits on +17 points.

According to NAB, the quarter two survey of “around 300 panellists” consisted of “Real Estate Agents/Managers, Property Developers, Asset/Fund Managers and Owners/Investors”.

The survey also lists the suburbs ‘tipped to enjoy above-average capital growth’, according to respondents.

These are listed below: