A new report has revealed that construction of new housing in Australia is likely to enter a period of sharp decline that will continue to the end of the decade – with inefficient taxation policy largely to blame. 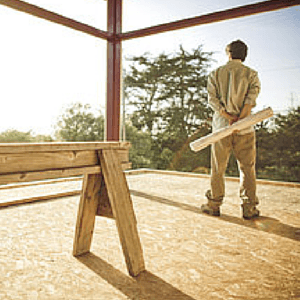 The report analysed the number of dwelling commencements and building approvals over the June 2015 quarter.

The report indicates that both approvals and commencements have most likely already peaked for the decade, with total new home building approvals dropping 4.8 per cent over the last quarter despite growing 15.1 per cent year on year.

According to the report, dwelling commencements in 2015 are unlikely to reach the record levels achieved last year, with the figure currently sitting at 213,420.

“During 2014/15, we estimate that a total of 214,450 new dwelling commencements occurred across Australia. This is easily the highest yearly total on record,” he said.

Mr Garrett warned that bureaucratic inefficiencies were dragging down the industry, with the HIA projecting a decline in construction, particularly of multi-unit projects, over the remainder of the current financial year.

“We are faced with an excessive taxation burden on new housing, land release which is simply too slow and a raft of planning restrictions. All of these make it difficult for our industry to meet the housing needs of Australians,” he said.

“The effect of these supply bottlenecks will become apparent over the next 12 months, with the volume of new home building projected to decline by 7.0 per cent during 2015/16.”

Announcing the HIA projection for home building to the end of the decade, Mr Garrett called for policy reforms in order to stimulate the sector.

“HIA projects that new home building will bottom out at around 175,000 per year towards the end of the decade. Critically, this falls short of Australia’s long-term requirements and emphasises the importance of reform around taxation and housing supply policy,” he said.