A NSW senator has raised concerns about the ability of ASIC to efficiently deal with investigations into property spruikers, stating the regulator needs to do more to protect investors’ interests. Speaking to Smart Property Investment’s sister publication, SMSF Adviser, Senator John Williams criticised the pace of ASIC’s investigations into property spruiking cases and has urged the regulator to consider whether additional powers would assist them in addressing the issue.

“My biggest bug-bear with ASIC, certainly since I’ve been in the Senate, is the pace it moves,” said Mr Williams, citing recent investigations into the financial services industry as a case in point.

“They need to act quickly, whether it’s liquidators, financial planners or whatever. This is why we launched the inquiry into ASIC, because of the pace of movement [following] the whistleblower from the banks – it took them 16 months to act, and only when the whistleblower went and saw them.”

Mr Williams said it is a “frustrating situation” but that he hoped ASIC would be quicker to act in future on these types of issues, indicating that the government would be willing to consider changes to ASIC’s powers in order to improve efficiency.

“I’ve said to ASIC to take on notice what we can do to improve its powers and if [it's] restricted in any way,” he said.

“We need to see that ASIC has all the powers required to carry out its duties.”

Mr Williams raised the issue with ASIC commissioner Greg Tanzer at last week’s joint committee proceedings, inquiring about what ASIC intended to do in relation to property spruikers.

Mr Tanzer said ASIC has a “number of actions pending”, including a matter involving Park Trent, a business that promoted the use of an SMSF to purchase investment property without an Australian Financial Services Licence.

“We’ve also written to all the real estate institutes around Australia to liaise directly with their members and put them on notice about ASIC’s view on this,” said Mr Tanzer.

Moran Howlett Financial Planning principal Cameron Howlett told SMSF Adviser that part of the problem is that property is not classified as a financial product under the Corporations Act. This type of issue cannot, therefore, be taken to the Financial Ombudsmen Service and settled more easily and quickly.

“It’s got to be taken through the court system, which is also incredibly expensive. After having lost a lot of money it’s a very difficult path to take, so in the end it’s just easier not to do anything, which means the property spruikers end up getting away with it,” he said.

“Whether or not property should be carved into the Corporations Act as a financial product, I don’t know – I’m not a lawyer – but there does need to be something done about it. It’s very frustrating for the rest of us who do the right thing.” 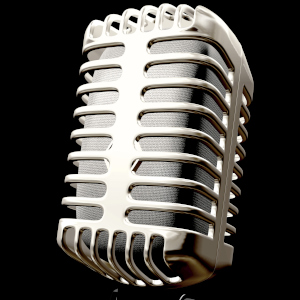