A peak strata body has urged NSW owners corporations to take heed of recent seismic activity in Australia, warning that many buildings are without an appropriate policy to cover damage from earthquakes. Strata Community Australia CEO Kim Henshaw has warned that thousands of buildings in NSW may have inadequate earthquake insurance policies, despite the state being exposed to recent seismic activity.

Mr Henshaw has cited a 5.7 magnitude earthquake recorded in Queensland last month, as well as recent activity off the east coast, as a reminder that buildings in NSW are at risk of damage from earthquakes.

“We want people to abandon the complacent 'this won’t happen to me' psyche because, contrary to assumptions, Australia is a very active location for seismic events,” he said.

“This isn't the dramatic sounding of an alarm for strata property stakeholders in NSW, but if we are to keep strata communities safe moving forward, there needs to be a mindset shift and the emergence of some proactive behaviours.”

According to Mr Henshaw, strata buildings with earthquake policies are automatically covered for damage caused by seismic events when these are declared an earthquake by the Insurance Council of Australia.

“A range of providers offer really good protection for strata property stakeholders with the right cover in place, but we’re wary that there are not enough people out there who have ticked this first box,” Mr Henshaw said.

Mr Henshaw said that although much had changed since the devastating Newcastle earthquake in the 1980s, changing population patterns meant earthquake activity still presents a significant threat to high-density areas.

“A lot has changed since the Newcastle earthquake, including the evolution of engineering and construction practices; but our cities are also more populated, and strata-title properties, like apartment blocks and high rises, are attracting a growing number of owner/residents and investors, so we urge owners corporations and their committees to get proactive and review earthquake insurance as soon as possible." 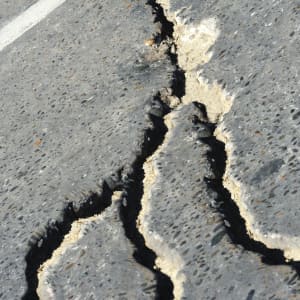