Prices to grow to “excessive” levels

Forget talk of a bubble, Sydney’s record price growth may simply be echoing what other global cities have already experienced – meaning any lull in market values is a distant prospect, according to one expert. Sydney’s astonishing price growth may be attributable to a phenomenon experienced by other global cities in the past, according to Onthehouse.com.au’s market analyst Eliza Owen.

Population convergence similar to that experienced by London, New York, Singapore and Tokyo may be the cause of Sydney’s accelerating growth, which was recorded at 7.58 per cent in the three months ending July 2015.

“As the growth in Sydney continues to accelerate, there is insufficient evidence attributing foreign investment and tax structures to this surge. However, there is another force to consider: population convergence – a theory utilised by urban studies theorist Richard Florida in 2005,” Ms Owen explained.

If this theory holds true, Sydney property values and rents are unlikely to fall into line with other Australian capitals in the future, according to Ms Owen.

“Florida found that population and economic activity were converging to a few large cities around the world, and evidence suggests that Sydney could be one of these cities. If this is indeed the case, it signals that the growth is likely to continue in the same way we've seen values and rents skyrocket in other cities over the last few decades,” she said.

Although house values in Sydney will eventually stabilise, it will likely be at a level “that even the most wealthy and mobile will find excessive”.

It’s three-month growth rate of 7.58 per cent compares to a combined capital city growth figure of 0.92 per cent.

Melbourne recorded the closest performance, with a median house price of $683,000 resulting in a 3.10 per cent growth figure. 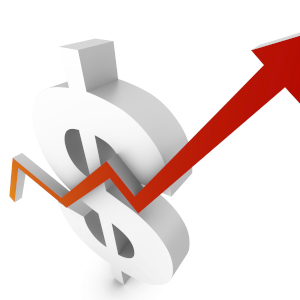