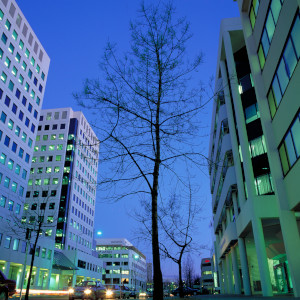 Figures from the Real Estate Institute of Western Australia indicate that the increased number of property listings hitting the PerthPerth, TAS Perth, WA market is starting to have an impact on property values and rents.

This dip may be attributable to the rising number of properties hitting the Perth market – up two per cent during August.

“There are 31 per cent more properties on the market than the same time last year. This is putting some downward pressure on prices as sellers adjust to changing market conditions,” REIWA president David Airey said.

Rents also fell, according to the REIWA, with the median Perth rent down $10 to $410 per week.

Breaking down this figure into house and unit rents, it equates to approximately $420 per week for a house and $395 for a unit.

Changes to the industry and a slowdown in population growth are to blame for the declining rental figures, Mr Airey said.

“This [result] means metropolitan rents have now dropped by more than 13 per cent, or around $60 per week, from 18 months ago, and reflects the downturn in the mining-construction sector and resulting slowdown in the state’s rate of population growth,” he added.

The number of sales in Perth also took a dip in August, although Mr Airey explained that the overall sales figures were still ahead year-on-year.

“In a good sign for turnover, sales were up by one per cent in this period to 1,838 transactions. This is a dip of 12 per cent in the month of August itself, but a healthy six per cent increase on the same time last year,” he said.