Reforms wide of the mark Two interstate real estate industry figures have raised concerns about proposed NSW underquoting legislation, questioning whether the reforms will achieve a positive outcome for both buyers and sellers.

Keatings Real Estate managing director John Keating said underquoting will continue as long as vendors are allowed to increase their reserves until a property is knocked down by the auctioneer.

Under the NSW government’s proposed changes, agents will have to include a valuation in the agency agreement and will only be able to quote this figure when marketing a property.

Mr Keating, who is also an auctioneer, said the new rules would fail and claimed they already had in his home market of Victoria.

“Victoria already has almost identical rules to those proposed in NSW and, every weekend in Melbourne, there are still thousands of purchasers duped by rogue agents who, often in collaboration with their vendors, artificially manipulate their paperwork to conceal the prices they know their vendors really want,” he said.

Mr Keating’s comments have come at the same time as RE/MAX WA managing director Geoff Baldwin used the proposed NSW legislation to highlight the practice of underquoting in his home state.

“Although it is making headlines in NSW and Victoria due to their overheated markets, underquoting on price is just as prevalent in WA,” a press release from Mr Baldwin read.

Despite this, Mr Baldwin took issue with the proposed NSW legislation, arguing that it may potentially negate the ability of buyers and sellers to negotiate on price.

“Although underquoting should not be condoned, there are several issues that need to be considered when applying a pricing strategy that affects buyer and seller,” he said.

Mr Keating said underquoting would end if agents had to publish the reserve price in their auction advertisements – the reserve could be lowered during a campaign, but not increased. If price ranges were quoted, the reserve would have to be the lower figure, he added.

“If vendors didn't like such an auction model, they wouldn't have to use it. They could still sell by tender, expressions of interest or by the traditional private sale method where they could price their properties as high as they like,” he said.

“An auction model with transparency of the price point of where a property will be ‘on the market’ would be a buyer magnet if the reserve is realistic. Such an auction model would have 100 per cent integrity and be welcomed by nearly everyone from first home buyers to the Reserve Bank – except, perhaps, some dishonest estate agents,” Mr Keating added.

Mr Baldwin suggested an alternative model, based on prospective purchasers providing feedback on a property’s price.

“The fairest way to price a property is to use market evidence to establish a likely selling price, but then to place the property in a ‘Buyer Feedback Range’, say eight to 10 per cent below and above, allowing the buyers to provide their opinions and to negotiate within that range once sufficient feedback has been received,” he said.

“Contrary to popular opinion, buyers won’t adopt the bottom of the range but will more often make a comparison with what they have seen and then offer a fair price within the range based on how much they like the property.”

The 5 critical investment questions you should be asking 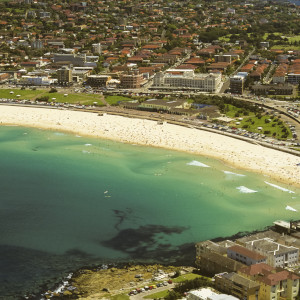