The degree of price variation between Australia’s largest cities has reached a point where the market can no longer be considered as a whole, according to a leading industry figure. 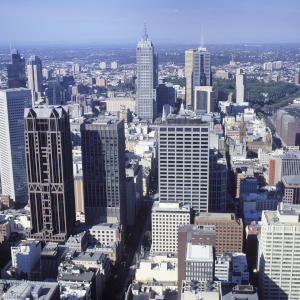 The head of a real estate industry body has warned investors to take each capital city market on its own merits, as Australia’s two biggest cities show signs of declining activity.

Geoff Baldwin, chairman of Certified Practising Real Estate Agents, outlined the current spectre of escalating prices in Sydney and Melbourne and significant declines in other states as evidence that Australia can no longer be referred to as one market.

“During the recent booms of Sydney and Melbourne and all the hype that has gone with that, we have seen SA, WA and NT in decline and Qld doing little more than holding its own," he said.

“It is not since the recession of the late 1980s, early 1990s that we have seen all states reflecting similar results across the board."

Mr Baldwin added that commentary surrounding the potential slow-down of the Sydney and Melbourne markets risks affecting buyer activity in other states.

“Now as those booming states start to slow the overriding commentary is that 'the' real estate market is cooling, which is a lazy generalisation that should be examined carefully by property investors," he said.

“While over time a national trend does exist, year by year each state and territory has shown to be a market in its own right and all indications are that this will continue."

Mr Baldwin commented that buyers would be doing themselves a disservice by dismissing investment opportunities in other states based on the performance of the country’s two biggest cities.

“While most projectionists would agree that the Sydney and Melbourne markets have or are reaching their upper limits, markets such as WA, Qld, NT and Tasmania are offering comparatively good value in both return on investment and price," he said.

“Having been dealing with investors and having sold new and established properties in multiple states over the past three decades it is my observation that property buyers need to consider each state and territory in isolation when considering where to invest and that, right now, there are places to buy and others to avoid."