A property data company has just released its annual report on the Gold Coast market, with improvements in several key indicators leading to a revised outlook. The Gold Coast’s previous rating was three stars, issued by the company in 2011.

Low vacancy rates, high yields and an increasing population all contributed to the upgraded outlook, according to SQM Research owner Louis Christopher.

“In 2010 the Gold Coast housing market suffered a perfect storm of events that created a major dwelling price crash. A lot of those events have now dissipated and, right now, there are many favourable economic factors which are helping to improve the region,” Mr Christopher wrote.

The Gold Coast is predicted to achieve dwelling price growth beyond previous expectation in 2016, with Mr Christopher citing optimism surrounding the 2018 Commonwealth Games as a potential influence on price growth.

“The key findings of the report are that dwelling prices are expected to rise by seven per cent to 11 per cent for 2016, which should make the Gold Coast an outperforming region for real estate investors next year,” he wrote.

Due to the region undergoing only a modest recovery until now, SQM Research believes property prices are still below fair value with the region about to enter a “more robust recovery period”.

That recovery would appear to have already occurred in regard to property rental rates, with Mr Christopher stating: “There is no question right now landlords are in charge of the Gold Coast market, as vacancies have plummeted and rents have accelerated.”

Despite the upgrade, Mr Christopher warned that there were still several risks involved with investing in the Gold Coast, including a volatile housing market and an over-reliance on the tourism economy.

What do the lending changes mean for you? 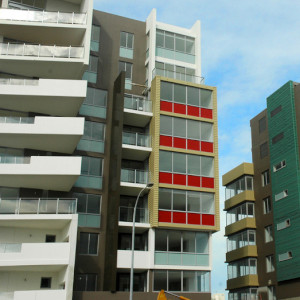 Last Updated: 02 June 2022 Published: 24 September 2015
share the article
What do the lending changes mean for you?
Sydney land release could spell disaster for investors