What is lender's mortgage insurance? 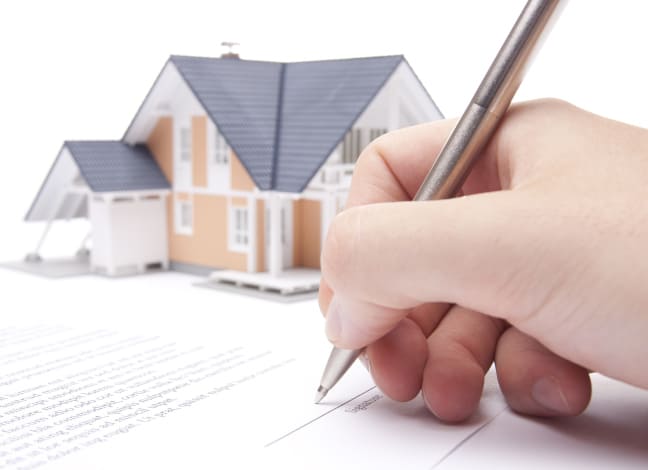 Amassing a 20 per cent deposit can take years of scrimping and saving. With the median house price in Sydney sitting above $600,000, first-time buyers face saving $120,000 for the deposit alone.

Lender’s mortgage insurance (LMI) lightens the load by making low-deposit lending a possibility. However, this strategy is not necessarily risk-free for the investor.

Lender’s mortgage insurance is an additional premium payable on a mortgage.

“With LMI, lenders can loan up to 95 per cent of the purchase price because LMI providers cover the risk of the borrower defaulting,” she explains.

A minimum of five per cent is required to show a pattern of financial responsibility, Pink Finance director Nicole Cannon says.

“You've got to be able to show evidence of genuine savings because you have to prove that you can actually afford those repayments,” she says.

In Australia, most lenders will allow the LMI premium to be capitalised on the loan amount, Ms Cannon explains.

Instead of paying the premium up front, borrowers can add it to the loan amount and pay it back over the course of many years, albeit with additional interest.

The rate payable varies from lender to lender but is generally based on the amount borrowed, Aussie mortgage broker Ross Le Quesne explains.

“LMI is calculated on a percentage basis, which centres on the loan amount and the loan-to-value ratio [LVR]. It goes on a sliding scale between 80 and 95 per cent,” he says.

Ms Cannon advises lenders also take into account the risk profile of the borrower, such as their borrowing capacity, employment status and serviceability.

“Basically, it’s priced for risk. If you are self-employed or an investor, you might have a bit of a higher premium,” she says.

By using LMI, buyers can enter the market sooner and potentially enjoy capital gains that aren’t possible if one is renting and saving for a deposit.

Some investors shy away from loans attracting LMI, choosing instead to continue saving a larger deposit. However, Ms Sakr believes LMI can help investors get ahead.

“Our research shows that 16 per cent of prospective homebuyers have been saving for a deposit for more than five years,” she says.

“By using LMI, buyers can enter the market sooner and potentially enjoy capital gains that aren’t possible if one is renting and saving for a deposit.”

LMI can also be cost-effective, according to Ms Sakr. She stresses that on an $800,000 property purchase the monthly payment for LMI would equate to less than a cup of coffee a day.

Moreover, interest on capitalised LMI is tax deductible, she says.

Ms Cannon believes that, while expensive, LMI can often be a good strategy.

“I have a lot of people who have mortgage insurance. For them, they're comfortable with that because it gets them into the market and they can secure their piece of real estate,” she says.

“They say, over the long term they will get the benefit out of getting in sooner rather than later.”

Buying property quickly may be particularly important in a hot market, Mr Le Quesne has found.

“Agents in our local area say in the last four months prices have gone up by 15 per cent,” he says.

By the time the deposit has been saved, the property price may have climbed higher than LMI would have cost the buyer.

For investors in particular, LMI can be instrumental to building a portfolio.

If investors have a deposit of $150,000, they could buy one property with a 20 per cent deposit. Alternatively, they could buy two or three properties with deposits of 10 or five per cent, he says.

While buying with a small deposit has numerous advantages, the strategy does carry some risk.

Firstly, many borrowers mistakenly believe lender’s mortgage insurance will protect them in case of default.

“A lot of people have the misconception that LMI will protect them like a life insurance policy would. And that’s not the case,” Mr Le Quesne says.

Although borrowers pay the LMI premium, it is the bank that benefits from the insurance policy.

“Basically, there is no protection for the borrower,” Mr Le Quesne says.

If the borrower defaults on the loan, the property would be sold. The insurer would pay out the lender for any shortfall on the sale. However, they would then chase the borrower for compensation, Mr Le Quesne warns.

In Ms Cannon’s experience, the insurer works with the borrower in this scenario to formulate a payment plan.

“The mortgage insurer will then come up with an arrangement with the purchaser to pay off that loss,” she says.

Mr Le Quesne says investors should also note that if their loan attracts LMI, this may limit their options for refinancing because LMI is not transferrable.

Investors looking to refinance cannot take the LMI policy with them to the new institution.

Ms Cannon gives the example of a couple who borrow at 95 per cent, then two years later want to refinance. Their loan amount may now be worth 85 per cent.

“You actually would have to pay your mortgage insurance again on that 85 per cent loan,” she says.

Any previous contribution towards the LMI premium would be lost, she warns.

“It's basically a new policy because there are different circumstances and a different situation at that exact point in time,” she says.

Ms Cannon advises investors to stay with the lender at least until their loan amount drops below the LMI threshold.

A final drawback is that loans with LMI tend to attract a slightly higher interest rate for investors.

“For anything over 80 per cent, most lenders will have a little bit of a premium. Nothing much, maybe 0.2 per cent,” Ms Cannon says.

Is LMI right for you?

Some investors may not be prepared to take on the additional cost of LMI.

Mr Le Quesne says the decision should come down to an individual’s personal risk profile.

“It depends on the individual circumstances and what they’re buying and the volatility of the market,” he says.

Investors with a poor credit history or on probation at work may not be eligible to take out a loan with LMI, Ms Cannon says.

However, she believes more investors should consider the LMI option.

“I think that whilst it is not for everybody, it creates opportunities for people to get into a market they may not have been otherwise able to,” she says.

Above all, she urges investors not to be scared by LMI.

“LMI is often seen as a negative thing. But it can actually be a positive thing as it can help you get into a property sooner rather than later,” she says.

While LMI adds to the cost of a mortgage, investors can use it to get a leg-up on the property ladder. As property prices rise, saving for a large deposit may leave investors worse off in the long run.

Property investment seemed like a way of making money while you sleep. So last year, I decided to take the leap and purchased three investment properties. My investments are located in CampbelltownCampbelltown, NSW Campbelltown, SA, south west of Sydney and the south east region of Queensland.

I went in with a 95 per cent loan for each of the properties. Yes, I had to pay the LMI but I made a conscious decision to do that for a number of reasons.

Firstly, I wanted to aggressively build my portfolio and I didn’t have enough money to raise a 20 per cent deposit.

In addition, I was able to buy three properties in the space of one year and get an equity growth of $130,000, as opposed to putting a 20 per cent deposit on one property and getting growth of $70,000.

It’s not for everyone, obviously – some people are conservative. Ultimately, if you don’t want to pay LMI, you don’t have to; all it means is you’re losing a bit of your equity. On the other side of things, sometimes you have to sacrifice things to achieve your goals.

I had some concerns, so I needed to make sure the rental income would definitely service my loans. I made sure that I purchased properties where the rental market is quite strong. The last thing you want to do is go in with a five per cent deposit and not be able to find a tenant or later sell it.

I’ll probably continue like this until I get to five or six properties. While I’m young and have no family to take care of, I can take that little extra risk. When I am older, I may find myself getting a little more conservative and going in with higher deposits.