Already, lenders are tightening their belts as they keep close tabs on how much investors can borrow to ensure investment lending growth stays below 10% p.a.

Remember, this was essentially forced upon them and with severe consequences if they do not comply.

This in turn, is causing major concerns as investors could now potentially lose their deposits and even face possible legal action if they can’t settle on unconditional contracts.

Currently, I’m dealing with a finance client in this exact position. The client was unconditionally approved for an off the plan purchase of an apartment. Just six months ago, the loan serviced comfortably, and received quick approval from a major Australian lender.

Unfortunately the development was delayed and the approval lapsed. When we re-submitted the finance, the loan failed to service and was declined.

Obviously this is terrible news to a client who has paid a non-refundable $50,000 deposit to the developer and was locked into an unconditional contract.

Even more tragic for the client is that the rejection had nothing to do with their personal circumstances that ironically had actually improved, but because the lender had complied with APRA’s forced changes.

These changes meant the servicing calculator the lender used to determine borrowing power was adjusted, giving a much lower borrowing power despite being based on the same income, assets and liabilities.

The result was the client could no longer access the loan for which he had previously been approved! In fact, the final numbers were not even close.

The dilemma here for anyone impacted by these changes is that they can’t simply go to another bank or ask their mortgage broker to apply elsewhere as nearly all lenders have implemented the APRA changes to drop investor borrowing.

Frustratingly, I don’t believe it needed to happen this way. Not do I think that APRA fully considered the run on effects this would have.

Indeed, if APRA felt it had to make these changes then make it applicable to new borrowing only, and allow lenders to give an exception to those previously approved under the old system.

That way, those with existing approval for finance would still have to reapply if their approval lapsed but under the old guidelines and lender calculators. Most approvals are only good for six months and most off the plan developments take longer than this to settle so reapplying for finance is very common.

Don’t forget, before the APRA changes, there were tens of thousands of off the plan contracts out in the market place and I have no doubt that my client is one of several thousand who face the uncertainty of not being able to secure finance again when their off the plan purchase is due to settle.

The inevitable consequence of this is that contracts fall over, developers are left with a stream of properties they need to sell and before you know it, there’s an oversupply.

Sure, purchasing an off the plan property has some calculated risks but no one, not even those with crystal balls, would have predicted that lenders would dramatically drop the amount of funding available to investors based on the dramatic intervention from APRA.

It has never happened before and has caught everyone, even the lenders by surprise.

So what needs to happen?

It’s imperative that we push for urgent awareness in the market place so that potentially affected purchases have time to consider other options now rather than a few weeks before they are due to settle on a property.

And for anyone who currently has an off the plan contract that was approved for finance more than two months ago, go back and speak to your bank or broker to confirm that, come development completion, you will be able to settle.

Price growth to decline by up to 15%

Is it time to change negative gearing?

Higher or lower - can you guess the price?

BIG Property Investments is the creation of Paul Bieg and was born from a love of every facet of property investment. Paul believes the only path to unlimited wealth through property investments lies in identifying cashflow positive properties. He has learned that so long as a property is cashflow positive, it melts the resistance of the banks to become investment partners. Subsequently, he has developed a formula that delivers cashflow positive properties and is always keen to share those insights with his investment partners. "I like to develop a symbiotic relationship with my fellow investors," explains Paul, "where the issue of trust doesn't arise and is not asked for because there is always complete... Read more 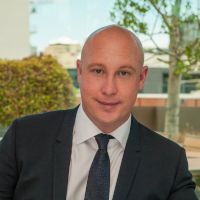