Opportunities across the Tasman There are investment opportunities in every market, and you don’t need to look too hard to find properties worth buying in New Zealand.

While on holiday in New Zealand, RESULTS Mentoring’s director, Simon Buckingham, discovered one of his best purchases. It was as “close to ideal as possible”, he explains.

Indeed, it was by chance that he managed to find it.

Mr Buckingham was in the ‘land of the long white cloud’ with his family and he began looking in real estate windows as they travelled. “I don’t think you can help it when you’re into property,” he laughs.

An interesting proposition caught his eye: two stand-alone dwellings on one title, but with no price listed. He decided to start digging.

The three-bedroom, two-bathroom property would easily receive NZ$280 per week in rent and the seller wanted the deal out of the way.

“It was well placed for growth, well located in the town and had the option to subdivide it in the future,” he says. “I ended up buying it.”

Six months later, Mr Buckingham’s gamble paid off. The property was revalued at NZ$190,000 and he extracted the equity back out.

Two properties on one title

Clearly, New Zealand can offer investors value, and with positive news coming out of the market, it looks as though it may be worth a closer look.

New Zealand’s earthquakes and the subsequent shaken confidence dominated Australia’s media coverage of our neighbour in 2011, but 2013 has seen an upswing in market and construction activity that’s leaving investors well placed to buy-in now.

Ms Rooney explains that “Buyers in New Zealand don’t have to pay stamp duty or any land taxes, and foreign investors don’t pay any capital gains tax. This means that in areas like Auckland and Christchurch, foreign investors have been speculating and achieving large returns over relatively short timeframes”.

The market is currently experiencing a severe housing shortage, which is “driving the property market to new highs”, according to Ms Rooney. You can, however, still find bargains, she says.

One such bargain includes a highly publicised block of flats in Dunedin that recently sold to an Australian investor, yielding a strong 13 per cent.

In fact, Real Estate Institute of New Zealand CEO Helen O’Sullivan explains that the residential market is in the middle of a significant upturn – particularly when looking at July 2013 figures.

“It is the most active winter the residential real estate market has seen for a while, with the volume of sales higher than would normally be expected for that time of year,” Ms O’Sullivan says. She points to reports from agents around New Zealand that suggest first home buyers are also moving in quickly.

“As far as buyers are concerned, the normal winter slowdown didn’t happen this year, with volumes up strongly on July last year despite school holidays occurring in the middle of month,” says Ms O’Sullivan.

“The increase in new listings in the month contributed to buyer activity, which coupled with the easing in prices, suggests the main constraint is very much one of supply. Stock levels across almost all regions are now particularly tight.”

Housing availability has largely been important for Auckland and CanterburyCanterbury, NSW Canterbury, VIC, but tight vacancies are now being seen in other areas of the country.

Statistics New Zealand recently calculated there needs to be a 54 per cent boost in the number of homes being built in Auckland to keep pace with demand, while in Wellington there is a 21 per cent lift needed.

Currently, the national average is one new home for every 2.4 extra people in New Zealand. Supply and demand statistics are getting tighter, leaving those holding desirable property with strong capital growth and rental yield prospects.

“If this growth keeps up, and there’s every sign it will keep going for a while yet, it won’t be long before the higher yielding rental properties begin to disappear, as prices increase faster than rents,” Mr Buckingham explains. “So what I’m seeing right now is a limited window of opportunity for investors to capitalise on a rare combination of high rental returns and anticipated price growth in some areas of New Zealand.”

He explains investors need to be selective, “as there are significant differences in the rates of growth among different cities and towns. However, some of the main Kiwi centres have been outpacing Aussie capital cities for growth over the last 12 months”.

There is a limited window of opportunity for investors to capitalise on a rare combination of high rental returns and anticipated price growth in some areas of New Zealand.

Despite common perceptions, a rising tide does not lift all ships when it comes to the property market. Therefore, buying in the right area remains crucial, regardless of whether the market is hot or not.

Ms Rooney points to the Auckland market as somewhere that has been skyrocketing of late.

“Just recently, a half-bedroom house in Ponsonby sold for over NZ$900,000, which would have been unheard of three or four years ago,” she explains when referring to the sales results coming out of the inner-city areas and surrounds.

Interestingly, “farm sales have also started to rise rapidly and these are increasingly being seen as solid investment opportunities”, she says.

Vacancy rates are also going to be crucial, says Mr Buckingham. “Right now, the rental market in parts of Auckland for example is very tight, whereas vacancies are higher in some regional towns. I’d generally avoid buying an investment property in small rural towns with populations under 5,000, where vacancy rates can be much higher,” he advises.

That isn’t to say that buying regional properties won’t provide you the boost you need. With Auckland and Christchurch seeing double-digit capital growth, other towns are lagging behind, “but history suggests the growth will ‘ripple’ outward as prices rise and yields drop in the main centres and investors chasing higher returns turn their attention to the regions. When that happens, we’re likely to see a spike in regional property values too”, he says.

What to be looking at

Despite the opportunities at present, there are still issues across the market for those wanting to get in and make money.

If you’re after a development site or a multiple dwelling opportunity, such as that enviable purchase by Mr Buckingham, you may find it difficult in some areas where council permits and paperwork can slow the process down.

However, since the recent earthquakes, there has been a huge construction boom in Christchurch, according to Ms Rooney.

“In Christchurch, the governments intervened to speed up the approval process for new developments, which is great news for investors and developers,” she explains.

“Development in Auckland at the moment is more suited to long-term investors, as council approvals on new projects can take a while. However, due to the huge demand for inner-city living, once they are approved, they quickly become oversubscribed.”

The other investment stock currently on many buyers’ radars is the ‘fixer-upper’.

“Just recently, a property in SandringhamSandringham, VIC Sandringham, NSW that needed a fair amount of work sold for around NZ$800,000. The new owners were able to turn it over in six or seven months and should yield a solid return on their investment,” says Ms Rooney.

Investors may want to jump into buying quickly though in order to take advantage of this market momentum, Mr Buckingham suggests.

“In fact, the price pressure in the Auckland market has led to concerns about affordability, and some Kiwi politicians and economists have recently proposed a potential ban on foreign ownership of established houses as a way of trying to cool off the Auckland market in particular,” he says.

He does note that most of the signs suggest this won’t happen to Australian investors, and the focus should be on building relationships instead of being overly concerned about government movements.

“Take the time to form relationships with several agents on the ground, learn where the good and bad streets are, and be clear about what you’re looking for,” he says.

5 factors that make an ideal investment

Your investment team will need to include the following people and in some cases, you’ll need a professional based in your home country as well as one where you’re investing

Read More
Opportunities across the Tasman 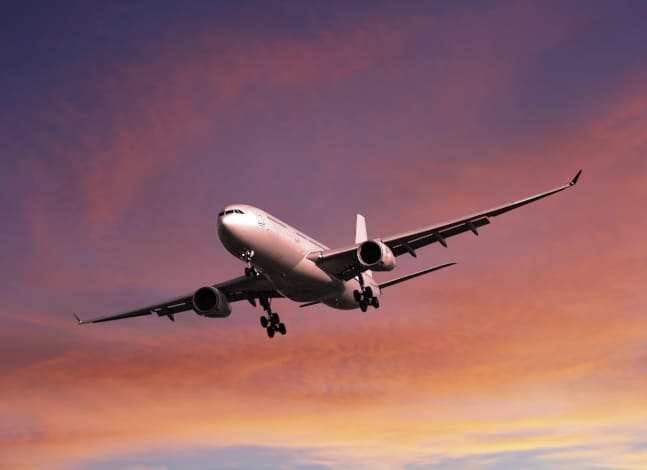