Investors are cashing in on the increasing demand for commercial real estate, with vendors selling their properties well over reserve. “Low cash rates are also helping the smart money find its way into commercial real estate, which is producing some good sales results for vendors,” he said.

The real estate group cited a recent sale in Sydney’s North AshfieldAshfield, NSW Ashfield, WA, which sold for 29 per cent above the vendor’s reserve figure – ultimately going for $1,525,000 at auction.

Raine & Horne principals across Melbourne and Brisbane also experienced positive results and said "DIY super funds” were cashing in on the boom.

“It’s been a stock standard year for the sub-$1 million markets, and we expect a reasonable amount of activity for industrial assets in the run-up to Christmas,” he said.

“We’ve seen some tenants upgrading to owner-occupiers, which makes a lot of sense in the current low interest rate environment.”

Commercial real estate or commercial property refers to buildings or land used for business activities and workspaces to generate income.

A self-managed super fund is a private super fund that provides benefits to its members upon retirement, directly managed by an individual for their benefit and in compliance with super and tax laws. 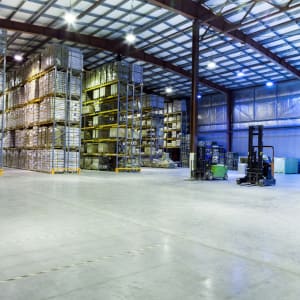