Seven of the 10 suburbs for quarterly growth in median prices are located in the city of Darwin, with the remaining three in Alice Springs, according to figures from CoreLogic RP Data.

Wagaman, a Darwin suburb, grew a substantial 34.1 per cent over the quarter for units.

The established residential area is situated 14 kilometres from the Darwin CBD. Wagaman’s amenities are limited to a park and a shop, yet neighbouring suburbs offer shopping complexes, a medical centre, schools, and other necessities.

Also on NT’s top 10 for quarterly growth is suburb Leanyer, which is adjacent to Wagaman. With convenient access to the same facilities as Wagaman as well as a few of its own schools and parks, Leanyer’s growth for units is a far more sustainable 3.7 per cent.

Coastal suburb Nightcliff boasts an aquatic centre, several parks and eateries, and a supermarket just outside the border. It achieved a growth of 15 per for houses over the quarter. The foreshore of Nightcliff features a bike path, beach and swimming pool, proving the suburb’s strength in lifestyle growth drivers.

The median house price in neighbouring suburb Coconut Grove grew just 4.2 per cent, offering residents a handful of retail stores as well as a supermarket.
Bayview, as the name suggests, has water views, looking over Darwin’s Frances Bay. The suburb saw marginal growth for houses, at 4.8 per cent.

The last two suburbs to complete Darwin’s part of the top 10 are Berry Springs and Larrakeyah, which reported 13 and 1.8 per cent growth for houses and units respectively. While Berry Springs is an outer suburb of Darwin, Larrakeyah is situated just one and a half kilometres from Darwin CBD. Surrounded by coastline, with a primary school, oval, grocery store, and a number of cafés and restaurants, Larrakeyah theoretically ticks all the lifestyle boxes for prospective investors.

It’s inclusion in the top 10 list with just 1.8 per cent median house price, however, could be indicative of the territory’s underperformance over the recent quarter.

The city of Alice Springs is home to three of the top 10 suburbs for the quarter. The suburb of East Side experienced the most growth out of the three suburbs, at 9.1 per cent for houses. East Side offers several parks, including the Botanical Gardens.

Alice Springs suburb Braitling grew 6.6 per cent for units, and Larapinta a small 2.7 per cent. Both suburbs have supermarkets and schools and are within six kilometres of the city centre. 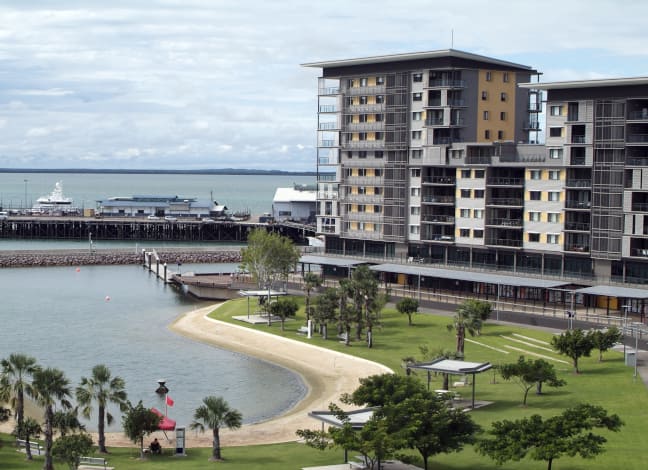