Western Australia’s top suburbs for quarterly median price growth, according to CoreLogic RP Data figures, were concentrated in the lower western part of the state, with five of the suburbs located in Perth, and one just outside the capital city.

In West Leederville, which has its own train station and is a prime location just three kilometres away from Perth’s CBD, median unit prices grew 13.2 per cent over the quarter.

Not far from West Leederville, on the other side of the CBD, is Perth suburb Burswood, experiencing 15.1 per cent median price growth for houses. Burswood is less than five kilometres from the CBD, is situated on the Swan River, and has its own train station. With several large parks, the Belmont Racecourse and the Crown Casino and Theatre, investors would find it difficult to fault the growth drivers in this Perth suburb.

The final two Perth suburbs in WA’s top 10 are Spearwood and Safety Bay, growing 13.3 and 20.5 per cent respectively for units. With both a primary school and a high school, Safety Bay no doubt attracts families as long-term tenants. Safety Bay’s beach is also child-friendly and attractive to families.

Furnissdale is located four kilometres from Mandurah, the second-largest city in WA. The suburb saw median house price growth of 25.2 per cent.

North along the coast from Perth is suburb Dongara, located in the mouth of the Irwin River. The Dongara median house price grew 14.6 per cent over the quarter to claim a position in the top 10.

The last of the WA coastal suburbs is Mira Mar, growing 13 per cent over the quarter. Mira Mar is located close to Lake Seppings and the Mount Clarence Parklands, with plenty of bus stops accessible.

Kalgoorlie and Norseman, both inland suburbs of WA, saw price growth of 25.9 and 16.7 per cent for houses respectively. Known mainly as a mining town, Norseman has a population of about 1,000 people, to which it offers a bank, shopping facilities, short-stay accommodation and a district hospital. 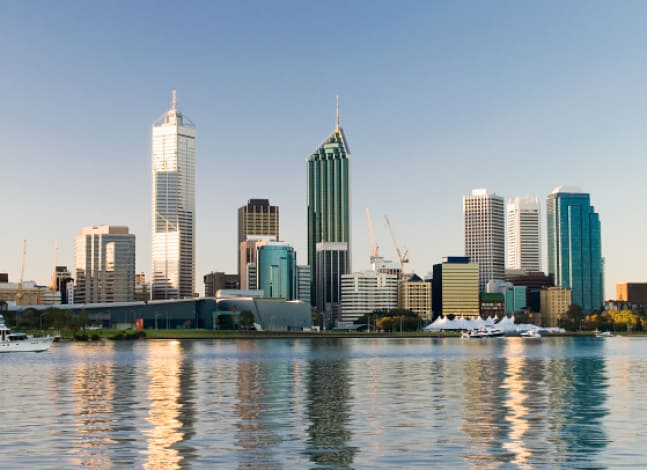