The man with a plan

Jeremy Iannuzzelli has had a busy 12 months. Since February 2013 the 24 year-old has bought three investment properties: one in New South Wales and two in Queensland.

Jeremy decided to get involved with property to secure a second income stream.

“I saw property as a means to make a passive income, not only in capital growth but for cash purposes as well. I also saw it as a forced saving plan,” he says.

Jeremy is an accountant and comes from a family of accountants, with his father, uncle and cousins all sharing the same profession. This prudent, numbers-based approach to life has shaped his investment approach.

He chose property because it promised reliable returns, in contrast to stock market investing where values fluctuate wildly.

“I have definitely heard many horror stories of people losing money on shares because they're not keeping up to date with any announcements and they’re not making the correct decisions,” Jeremy says.

“Property has, historically speaking, gone up [in value] over the years. I did see that as a more conservative basis for building wealth.”

Jeremy started working towards his goal of property investing at just 18 years of age. In his second year of university he took up a full-time job at an accounting firm. While still living with his parents, he implemented a strict savings plan to accumulate a deposit.

“I didn't do what a lot of other people my age did, which were the Contiki tours,” he says.

“I decided that I would work full-time whilst studying and I saved my pennies so that by the time I turned 22 I was able to start building my portfolio.”

Jeremy’s savings regime was ambitious – he put away half of his gross $300 salary each week. This left him with around $100 to $150 in take-home pay for all his other expenses.

By the time he was ready to buy, he had a deposit of $60,000. While saving meant missing out on some luxuries, Jeremy has no regrets.

“I am pretty glad I made those early sacrifices because it has given me a really good jump into life and into my property investing lifecycle. I have been able to create a good buffer and a good amount of wealth in a short period of time,” he says.

He believes this hard work will be worthwhile later in life, when he is able to enjoy financial freedom and live debt free.

Jeremy took his time choosing his first purchase, spending around a year going to open homes and auctions. In the mean time, he continued educating himself about property strategies.

“I spent around 12 months looking for my first, solid foundation property, a property that was going to give me good future capital growth and also wasn't going to give me any problems or worries,” he says.

“I didn't want to have a bad experience with my first investment property.”

His thorough search seems to have paid off. Jeremy’s first ever purchase was a three-bedroom, two-bathroom home in Campbelltown in Sydney’s south west.

This early success allowed Jeremy to keep moving forward with his investment goals.

“With that first property gaining a good amount of capital growth, and also being quite neutral if not positive in nature – it doesn't cost me anything to keep – it's enabled me to go ahead and buy not just another one, but a third property as well,” he says.

For his second property, Jeremy adopted a different strategy. Rather than going in with a big deposit, he bought with a 95 per cent lend, taking advantage of lender’s mortgage insurance (LMI). This allowed him to pay the deposit in cash.

“That leverage is a little bit high and a little bit more aggressive but I made the decision to go with those higher leverages because the rent was actually quite good,” he says.

The property was a two-bedroom townhouse in Queensland’s Woodridge, which he snapped up for only $160,000. Given the property brings in rent of $275 per week, the rental yield is an impressive 8.9 per cent.

“[The rental income] was definitely able to pay my debt in terms of my interest repayments on a monthly basis and also pay a lot of the costs, such as council rates, water rates, one-off expenses and property management fees,” Jeremy says.

“Getting into that much debt really didn't concern me because the rental income was so strong.”

Another property in the complex recently sold for $195,000, a good indication that Jeremy’s asset has potentially made a capital gain of up to $35,000.

By the time he began looking for a third property in December 2013, Jeremy was able to use equity from his first purchase to cover the deposit.

He calls the third property, also located in Woodridge, his “favourite”.

With a rental income of $350 per week, the gross rental yield comes to around 8.4 per cent.

“I like that property because it doesn't have any body corporate fees to take too much away from my yield, so it is actually cash-flow positive,” he says.

Overall, Jeremy’s portfolio has seen capital growth of $189,000 since he bought his first property less than 18 months ago.

Jeremy plans to continue accumulating properties that add value to his portfolio without putting a dent in his cash flow.

“I would like to move at a conservative pace. I want to buy one property a year,” he says.

His aim has been to put together a “perfect portfolio” – which means choosing properties that cost nothing to hold and have strong capital growth prospects.

Jeremy drew on his professional skills to take full advantage of tax write-offs on his investments. These non-cash deductions include costs like LMI, amortisation of LMI and depreciation. As a result, he gets a healthy refund from the tax office each year.

“It means it's not costing me any money to hold those properties, they're growing in capital growth and on the other side, I'm getting quite a good refund for non-cash deduction expenses,” he says.

“It’s a bit naïve to say this, but it’s almost like the ATO is actually paying me to hold these investment properties.”

While Jeremy is currently in an enviable position, he is aware of the strategy’s limitations.

“It doesn't last forever, but it's something I'll take while it's there,” he says.

To achieve a good balance between rental yield and capital growth, Jeremy looks for properties with a low purchase price and high yield in areas with growth potential. He aims to identify future hotspots so he can pre-empt other investors.

Part of his strategy is buying in outer-lying, blue-collar areas. He favours these suburbs because they tend to be both affordable and in demand from tenants.

“Buying in those lower socio-economic areas where there are a lot of renters in place does play a definite part in where I purchase,” he says.

Particularly given his comparatively low salary and reliance on cash flow, avoiding vacancies is critical.

“It's fantastic having investment properties, but on the other side, if it's not rented, it's a huge cash-flow issue. For people like myself, where cash flow is not as strong and the wage is not as high, I do feel it when my properties aren't tenanted,” he says.

He also targets areas that provide access to major transport infrastructure like highways, bus hubs or train stations. Both Campbelltown and Woodridge are in close proximity to major arterial roads heading towards the CBD.

A final element of his strategy is maintaining a safety net. Jeremy endeavours to practice what he preaches to clients at his firm.

“My biggest challenge would have to be when tenants aren't up to date with their rent. Unfortunately, that flows through so you're not receiving your rent in your bank account in time to pay your interest.”

He believes it is important to establish a stable of well-performing assets before taking on higher-risk ventures.

“While I'm still establishing myself in the property market, I believe you need to have a solid foundation first,” he says.

Ultimately, Jeremy sees property as the path to a worry-free future.

“There's no point buying nice cars when we're young and then when we're older working terribly hard to pay off your debt.”

Over the years, property investment has shifted from business to a pleasure for Jeremy. He describes investing as “a hobby I’m very passionate about”.

“I love property investing,” he says. “I love talking to my friends about it, helping them out as much as I can and giving them the encouragement to also invest in properties.”

Jeremy knows he took on a great amount of responsibility at a young age, and he encourages others to start thinking about their financial situation early on.

“I strongly believe that setting yourself up early for the future is definitely the way to go,” he says.

“It only gets easier after you've put in the hard work at the start.” 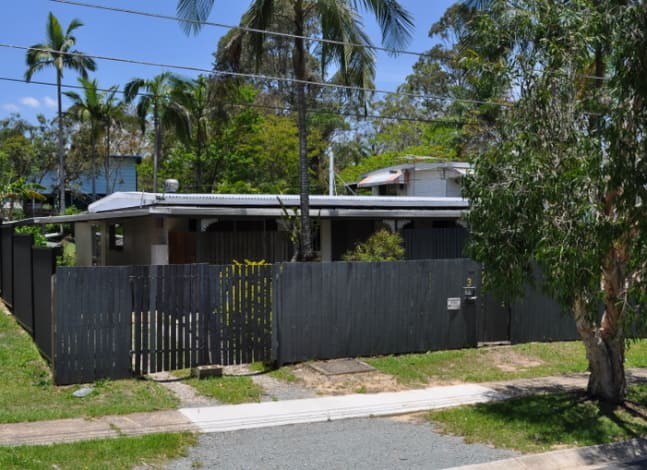