The stress of settlement

After the sales contract on a property becomes unconditional, backing out is no longer an option – but sometimes circumstances arise where arranging settlement becomes impossible. So what can go wrong and how can you recover from settlement setbacks?

There are many reasons a buyer may miss settlement but often the issue is financing, according to lawyer Rhett Doyle from Quorum Business Lawyers.

“The most usual circumstance is where a purchaser has not had their finance pre-approved. Alternatively, they may have had a pre-approval but subject to conditions and for whatever reason those conditions might not be able to be met,” Mr Doyle says.

In some cases, finance might be dependent on a favourable valuation from the bank. If the bank’s valuation comes in below the purchase price, the amount they’re willing to loan may not be sufficient, Mr Doyle warns.

With private treaty purchases, this situation is less common because contracts are often subject to finance approval, according to property adviser Philippe Brach from Multifocus Properties & Finance.

However, auction purchases are generally unconditional from the moment the hammer falls. While buyers often seek pre-approval for finance before auctions, they must take care not to over-pay, Mr Brach warns.

“If it's an auction, the bank has the option to go and value the property. If they decide it's not worth what the buyer has paid for it, then the buyer has to find the difference from their own cash,” he says.

Off-the-plan properties also pose an additional risk because there may be a delay of up to two or three years between signing the contract and applying for finance, Mr Doyle says. If the market falls, the property may be worth less than the contract price.

“Then you're going to the bank asking for funding on the basis of an acquisition price in the contract which may well be greater than the market value,” he says.

According to experienced investor Munzurual Khan from Keshab Chartered Accountant, funding may also be held up if the buyer is relying on another property to settle simultaneously and this transaction is delayed.

Outside of finance, the buyer may not have had sufficient time to complete title searches by settlement day, Mr Khan says.

In some circumstances, the issue comes from the vendor not complying with certain contract terms.

“If you settle, that means you agree with the vendor that particular clauses of the contract have been fulfilled. As the purchaser, you have the right to say I can't settle because the vendor has not fulfilled their side of the contract,” Mr Khan says.

As our investor Lalit Bansal discovered, the vendor’s personal circumstances may also delay settlement – in his case, the owners’ divorce caused his purchase to drag out by six months.

If the vendor can demonstrate that they have lost money because of the buyer, then they could potentially sue the buyer for the costs.

What are the consequences?

Conveyancing law varies from state to state but most jurisdictions have similar provisions in regards to settlement. If the buyer fails to complete, the vendor is entitled to charge interest for every day of delay, Mr Khan says.

In addition, the vendor can serve a notice to the buyer ordering them to complete the transaction within a set time frame – usually a minimum of 14 days, according to Mr Doyle.

“The real danger is, at the expiration of that notice period, the vendor can take action to terminate the contract and claim the full amount of the deposit,” he says.

However, the situation could escalate further – the vendor also has a right to sue for damages.

“If the vendor can demonstrate that they have lost money because of the buyer then they could potentially sue the buyer for the costs they have incurred,” Mr Brach says.

However, Mr Doyle says vendors rarely exercise their option to sue due to the expense and effort involved.

“Deposits are generally sufficient. A vendor will know that they have the right to terminate and they can immediately access that substantial deposit but to pursue anything else, there is a cost,” he says.

This is particularly true in hot markets, where vendors can resell their properties quickly and may fetch a higher price, Mr Doyle says.

When the vendor tries to pull out of the contract, buyers have similar remedies.

“The buyer also has the right to go to the court and enforce the contract, potentially compelling the vendor to sell the property. But practically, that becomes quite expensive.”

What are your options?

As a buyer who fails to settle, your options are limited once a notice to complete has been issued. Mr Doyle recommends getting your lawyer to comb the contract for any loopholes. Failing that, he suggests trying to negotiate.

“If it's only a short period – I'm talking a period of weeks, maybe a month – a vendor may be prepared to accept just interest in that period provided they have some comfort that a purchaser will be able to settle at the end,” Mr Doyle says.

Alternatively, the vendor may agree to a cash sum in payment for an extension, or an increased purchase price, he suggests.

If vendors refuse to negotiate, buyers may have to look at alternative finance methods, whether through extracting equity from other properties, offering additional security to the lender or seeking assistance from family, Mr Khan says.

To avoid running into these sorts of issues, Mr Brach urges buyers to do their due diligence and get finance approval in place before the contract goes unconditional.

“With an existing house, you can get the bank’s approval before you have to settle. That's the best way for sure because you have all your ducks in a row,” he says.

For auction or off-the-plan purchases, Mr Brach recommends investors keep funds on hand in case the valuation comes in below the purchase price. While $50,000 would generally be sufficient, he suggests investors have access to up to $100,000 in volatile markets.

According to Mr Doyle, the costs of missing settlement can go deeper than mere financial losses.

“It's not just the dollar cost,” he says. There is a lot of stress. I know it causes purchasers a lot of lack of sleep.”

‘My settlement date blew out by six months’

Although Lalit bought a great-value property, the owners’ bitter divorce stopped him completing the transaction on time.

The town house in Woy Woy initially attracted Lalit because it seemed like a steal.

“From a numbers standpoint, it looked fantastic,” Lalit says.

The owners were seeking to get rid of the property as part of their divorce proceedings. But the contract settlement day came and went without the husband and wife signing the paperwork.

As months dragged out, Lalit’s deposit sat in a trust account, earning no interest. In addition, four separate caveats were taken out against the property by creditors. Even worse, the owners had stopped making mortgage payments.

“There was a chance that, even though my settlement was overdue, the bank could have repossessed this property and put it up for auction,” Lalit says.

While he investigated suing the owners, he discovered the lawyer’s fee alone would be $45,000, with no guarantee of a quick resolution.

“I had to go through hell – these people were driving me nuts,” Lalit says.

Finally, six months after paying the deposit, the paperwork was fully signed. However, on the day of the transfer, Lalit was informed the insurance on the unit block had lapsed. Desperate to save the transaction, he agreed to pay insurance for the entire complex and adjust the fee from the settlement.

Ultimately, Lalit was rewarded for his persistence. Due to a hot market, the property shot up in value by over $85,000 during the six months of negotiation. Lalit was able to immediately have the property re-valued and extract equity to fund his next purchases.

However, he cautions other investors to think twice before jumping into a similar scenario just to snap up a cheap property.

“After going through this headache, I sometimes ask ‘Do I really want that value in the property’? If you can risk your money for six months, do it but there's no guarantee that it will pay off,” he says. 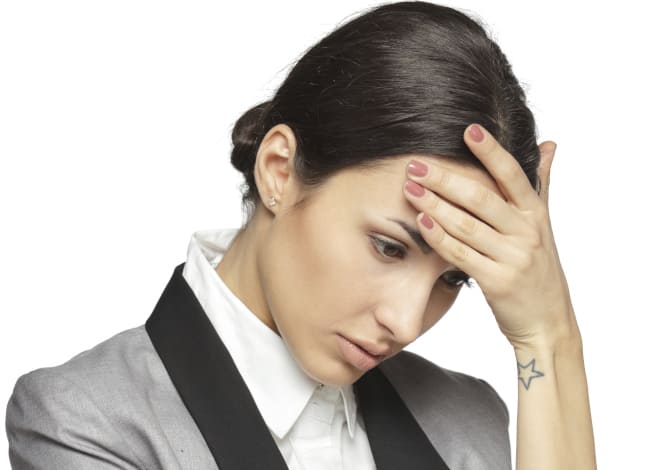 A settlement can be defined as a place where a person lives or a formal agreement to resolve a dispute.

Read More
The stress of settlement