The road to millions Matthew is an unlikely property mogul. A talented guitar player, he spent most of his 20s working in the music industry, managing bands and running a record label.

Despite his love for the music business, he found himself in need of a career change when he returned to Australia in 2011.

“I realised it was time to be an adult, grow up and make some serious cash,” he says.

Matthew became interested in property after chatting to a family friend with experience in investment. He liked the idea that real estate would always be in demand because it fulfilled a universal need.

“I like that property is tangible. Everyone needs to live in one,” he says.

Matthew set out to educate himself about the property market, reading books and attending seminars. While flipping through property magazines, he was fascinated by other people’s success stories.

“I thought, ‘there’s no reason I can’t achieve this myself,’” Matthew says.

My goal is to acquire $3 million worth of investment properties. Some people aspire to hold a certain number of properties, but my goals are more focussed on a dollar figure

Matthew’s first brush with property came when purchasing his wife’s family home in Sydney. In early 2011, he and Yvette bought the property off her parents for below its market value.

“We got that as a favourable purchase from her parents, which was lucky for us because I learned how I could tap into that equity,” he says.

Just three months later, the couple embarked on their first investment purchase. In an effort to maximise their returns, Matthew decided to look beyond his own backyard. He ended up buying in the remote town of Mildura, on the Victorian and New South Wales border.

At the time, Matthew relied on a report from one of the country’s leading data providers that predicted the town would see five to seven per cent annual growth over the next five years. The report also predicted rental returns of around 7.3 per cent.

Unfortunately, that value growth never eventuated. After four years, the property is still worth what Matthew and Yvette initially paid for it – around $161,500.

“It's probably the only one I wish I hadn't bought so far. I bought properties at the end of last year that have already gone up more than that one,” Matthew says.

Nonetheless, Matthew and Yvette have no plans to sell their regional house at this stage. The property’s rental yield is solid at 7.41 per cent, meaning the returns cover any holding costs.

“It hasn't really done much in the way of growth but it has maintained itself and hasn't been any trouble,” Matthew says.

For their next purchases, Matthew and Yvette changed tactics. They returned to the city and bought a unit in Liverpool in Sydney’s outer suburbs. In October 2012, the couple paid $220,000 for the property. Currently, it is valued at over $280,000.

This success spurred Matthew to expand his holdings more aggressively. However, with the Sydney market heating up, he turned his attention northwards to Brisbane. 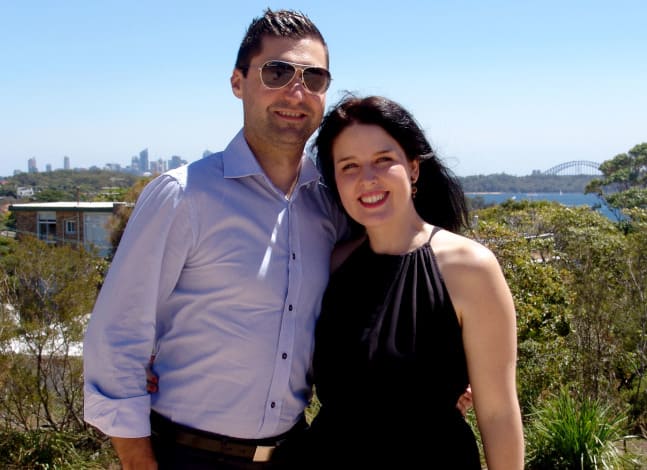 In late 2013, he bought two townhouses at Woodridge in Brisbane’s south. Several months later, he bought another unit in nearby Edens Landing before buying a sixth investment in Woodridge.

While prices in these regions have already started to rise, Matthew believes the properties need a chance to mature.

“These last four only settled in September. They haven't had the time to achieve growth,” he says.

In a short amount of time, Matthew has been able to turn equity from his home into a portfolio valued at $1.9 million. However, this is just the start of his journey towards financial independence.

“My goal is to acquire $3 million worth of investment properties. Some people aspire to hold a certain number of properties, but my goals are more focussed on a dollar figure,” he says.

Matthew sees accumulating properties quickly as fundamental to his success. His philosophy is simple: why wait? He believes buying early will give his portfolio the best chance to grow over the long-term.

“My plan is to acquire my properties in as short a time as possible so the properties continue to go up. I'm going to buy those properties so I might as well buy them today rather than tomorrow,” he says.

He hopes to hold the portfolio for 10 to 15 years, maturing its value over time. Eventually, he plans to sell half the investments to pay down the mortgages on the other half.

“If I'm in a position where I can sell down a number of properties and hold $1.5 million worth unencumbered, that should generate around $75,000 worth of passive income a year,” he says.

His projection is conservative, based on value growth being equal to inflation. Indeed, to achieve his ultimate aim, his properties would hypothetically need to grow by less than three per cent a year.

In a bid to keep his portfolio largely cash flow positive, Matthew has targeted areas with strong rental returns. As a result, most of his assets are clustered on the outskirts of capital cities.

“It's not a coincidence that Logan [in Queensland] and Liverpool [in New South Wales] share characteristics in that I find those kinds of areas give you the highest yields,” Matthew says.

Matthew has a bit of an ace up his sleeve when it comes to property – he now works as an accredited mortgage broker. Over the past two years, he has helped a number of his clients gain a foothold in Mount Druitt in New South Wales and he now predicts Logan will follow in this hotspot’s footsteps.

“I guess I'm equating it to Mount Druitt maybe 18 months ago, when we had a number of clients buying in the area for under $200,000. Now, we are pulling equity out of those properties that are being valued at $250,000,” he says.

The final element of Matthew’s strategy is buying cheaply. Most of his portfolio consists of affordable units and townhouses. Buying at this lower price point means he can expand his portfolio faster.

“My dad, for example, focuses on the inner west and that costs you more but perhaps might achieve more growth. However, in these early stages, I'm happy to try and accumulate as many as I can that are paying for themselves,” Matthew says.

In coming years, Matthew is keen to incorporate less traditional investments into his portfolio to supercharge his income. Duplexes, subdivisions or renovations are all possibilities he is considering.

“I want to try and accumulate dual occupancy or properties with granny flats or things with a twist to boost my rental returns,” he says.

Matthew first got into the mortgage broking industry after dealing with multiple brokers who did not seem to understand investment strategies.

Moving into the financial sector gave Matthew an insight into structuring his own portfolio. From industry veterans, he quickly learned the importance of maximising his borrowing capacity.

“We usually structure loans to start with one lender. As we approach $1 million worth of aggregate borrowings, we approach the next lender. We have a series of lenders that we use in a particular order so we can maximise borrowing capacity and continue to grow our portfolios,” he says.

Serviceability is another consideration at the top of Matthew’s mind. While the quality of the property itself matters, he is mostly concerned about the potential return and its impact on his ability to manage the loans. As a broker, he has access to tools that allow him to calculate his serviceability on each purchase.

“I buy with my calculator, and not my head,” he says.

“I like the strategy of buying more in capital cities for growth but introducing a regional purchase into the portfolio to increase cash flow every couple of properties,” he says.

As an example, an investor holding four properties in Sydney might choose to buy a $100,000 regional property with a $200 per week rental income. This cash injection can help finance the other holdings even if its value remains flat, Matthew explains.

“There is no intention of that property achieving exceptional growth but it's just to feed the cash flow of the other properties,” he says.

In his own portfolio, the property in Mildura plays this role. With the next regional purchase, however, he aims to shoot for even higher returns.

“I've incorporated this by accident with the Mildura one but that property doesn't give a thumper yield,” he says.

“If I was going to do it again, I would look for a really low purchase price and a really high return and not give any thought to the capital growth.”

The greatest benefit of being a broker may be Matthew’s insider view of where savvy investors are buying next.

“I’ve got the luxury of seeing where a lot of my clients are buying: the streets they're buying in, even the complexes,” he says.

Indeed, Matthew believes the “hardest part of investing is finding the damn things”. When looking for his next purchase, he scours listings portals to find the right match.

“Once I decide I want to buy, I just want to get it over and done with,” he says.

Over the years, Matthew has developed a deep love for property and investing. His motivation is the idea of securing an income for himself and Yvette in the future.

“I discovered this passion for property that wasn't too dissimilar to the passion I have for music, which I never thought was possible.”

Read More
The road to millions 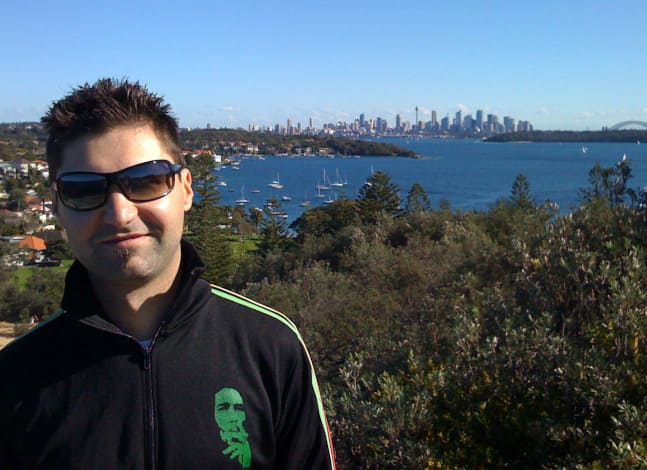 Last Updated: 06 March 2019 Published: 09 December 2015
share the article
How to cosmetically renovate your investment property
6 signs of a healthy market