With increased speculation that property prices across many of the country’s markets may plateau or even fall, one previously depressed market is set to offer investors big rewards. Speaking to The Smart Property Investment Show podcast, director of wHeregroup Todd Hunter said investors in Sydney and Melbourne were going to struggle with yields as new land releases and house and land packages become attractive alternatives to tenants and prices across the cities begin to fall.

Mr Hunter pointed to Canberra as a solid alternative to the country’s two largest cities and said the nation’s capital is “on the rebound” and “a really good location for the next two years”.

The ACT capital fits many of Mr Hunter’s fundamental investment criteria including having previously dropped dramatically in value, which he said presents various opportunities for savvy investors.

“[I look for locations which have] dropped in value dramatically – so they’ve gone back in value since their last boom and the market’s been really quiet and there’s very little or zero activity happening in buying.”

Mr Hunter said this strategy gives investors the chance to negotiate really big discounts off the price of the property and exposes them to greater capital growth potential without having to do renovations or value-add projects.

“And if I give you one tip that I like with Canberra now – where I’m buying – the income-to-debt ratio is running at around 20 per cent. And to put that into a numbers term for everybody, if you had $1,000 in your hand as a weekly income, you’re only spending $200 towards either your rent or your mortgage.

Mr Hunter said when an area’s debt-to-income ratio gets up between 33 per cent and 40 per cent, residents start to feel it and need to start tightening the belt. Anywhere around 45 per cent to 50 per cent and above is bankruptcy territory – something he believes many Sydney and Melbourne investors and homeowners are hurtling towards.

Even though Canberra may not appeal to many investors due to its reliance on government employment and its previous performance, Mr Hunter said investors had to look at the bigger picture.

“I look for the complete opposite [of what most investors search for]. I don’t have that sheep mentality. I look at places where nobody else does. So for me […] making money in property is actually buying it cheap [and] you can’t buy property cheap on recovering, a good or a rising market. You need to go to great places that are just completely dead as part of their property cycle and buy and hold and work from there.”

To hear the full conversation with Mr Hunter, listen to episode 7 of The Smart Property Investment Show.

Foreign buyers forced to sell up

Should you use a buyer's agent? 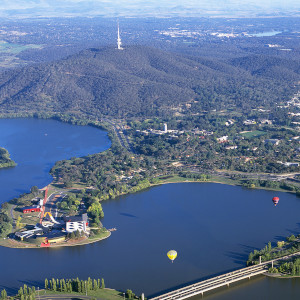