A new divide has emerged in capital city markets, where property prices are making double-digit gains in some parts of Australia and going backwards in others. Melbourne is now the national leader for house price growth, according to new statistics from CoreLogic RP Data.

Melbourne’s median house price reached $595,000 at the end of January – an 11 per cent jump on the year before.

According to CoreLogic RP Data head of research Tim Lawless, the results are a sign of Melbourne's "resilience" to slowing market conditions.

“Melbourne’s housing market has been more resilient to slowing growth conditions, which has propelled the annual growth rate to the highest of any capital city, with dwelling values 11 per cent higher over the past 12 months. Previously, during the height of the growth phase, there was a large separation between Sydney’s housing market, which was streaking ahead, and Melbourne’s, where the rate of capital gain was substantial but still well below the heights being recorded in Sydney. The latest data reveals Sydney’s housing market is now playing second fiddle to Melbourne’s, at least in annual growth terms," he said.

“In fact, over the past six months, the performance gap between Sydney and Melbourne is stark. Sydney dwelling values have reduced by 0.6 per cent between July last year and the end of January 2016, compared with a 3 per cent rise across Melbourne dwelling values,” Mr Lawless added.

Meanwhile, Hobart unit values skyrocketed in the year to January, with the median price surging 13.2 per cent to $280,000. 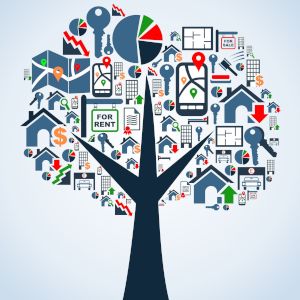