Buyers and sellers in one capital city seem to be engaged in a power struggle, with both sides battling for supremacy in a fluctuating market. SQM Research managing director Louis Christopher says the Sydney market is delicately poised, after swinging between the highs of 8.4 per cent growth in the June 2015 quarter and the lows of a 3.1 per cent contraction in the December 2015 quarter.

Mr Christopher said evidence suggests “buyers will transact at prices recorded just before the crazy June quarter”, but are unlikely to bid higher.

As for vendors, they seem to be resisting pressure to lower their prices, he observed.

“So our view is that buyers and sellers right now in Sydney will likely meet each other somewhere in the middle,” Mr Christopher said.

“This represents a clear correction from the June quarter highs, which may go into the current March quarter as the overhang of the spring selling season gets unwound at discounted prices.”

SQM Research has forecast that Sydney property prices will grow between 4 and 9 per cent in 2016 – with the research house leaning towards the lower figure.

The feeling is that the downturn illustrated by the December quarter figures will soon end and the market will make “modest to moderate gains” for the rest of 2016.

However, Mr Christopher said the market’s mood could quickly change, noting that the June quarter surge was driven by a rate cut and the December quarter slump was driven by the investor lending crackdown.

“[The] market has clearly indicated that it is very sensitive to adverse interest rate moves and any other restriction placed on lending,” he said.

“If there were further action on any of these fronts, it could put the Sydney market into correction territory for the remainder of the year.”

Read More
The 'meet in the middle' market 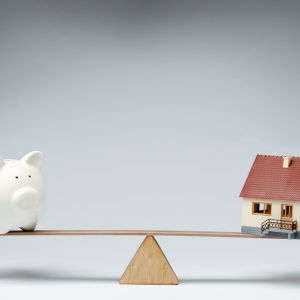 Last Updated: 05 March 2020 Published: 15 February 2016
share the article
Middle-ring suburbs focus of Sydney apartment boom
Pay off your home in 10 years instead of 30