There are many stages in which a property is bought off-the-plan, and the particular point of time in which you choose to sign a contract may have different implications and outcomes.

Buying a house or unit before the building works have been completed is known as buying “off-the-plan”.

Off-the-plan purchases can occur in the drawing and planning stage, demolition of a site, and at various stages of partial or full construction, so understanding the current development progress and the purchaser’s obligations upon a contract being signed is vital for anyone thinking about purchasing off-the-plan.

The benefits of buying off-the-plan

Other benefits for buyers include the potential to have more input into the design of the property, and to purchase the property at a price reflective of today’s market value – a price that’s locked in at the time the contract is signed – taking advantage of the natural capital growth in property over the time of the construction phase.

Of course, buying off the plan without being able to observe the finished product is not without risk. This is because the developer, not the buyer, enters into a major domestic building contract with the builder. Potential issues to be aware of include:

When buying off-the-plan, you will have to rely on an artist’s impression, floor plans, and advertising material for information about what you are paying for.

When people buy off-the-plan, many may not realise the extent to which the contract of sale may allow for changes or alteration to the fixtures, fittings, finishes, the lot entitlement, or even the overall design of the development. Moreover, many people may not understand that if the developer or builder makes an alteration allowed under the contract, the purchaser is still obliged to settle the contract.

A purchaser may only terminate or be released from an off-the-plan contract in certain limited circumstances. These circumstances may include:

Material change is a term developed by the courts in Victoria to deal with circumstances in which a vendor tries to avoid issuing a notice under section 9AC of the Sale of Land Act, which has been specifically put in place to protect purchasers of off-the-plan properties. Understanding what constitutes a material change is a matter on which an individual would be wise to seek independent legal advice, as its operation varies from situation to situation.

Some recent decisions in the Victorian Supreme Court have indicated that a material change may possibly occur in limited circumstances, such as:

Other than in a situation such as those described above, a purchaser should not expect to be able to terminate or be released from a contract for reasons such as:

Of course, it is important to remember that every purchaser has the right to obtain their own independent legal advice and, in most cases, a cooling-off period on the contract does apply. 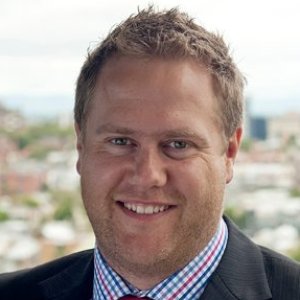