Australian property investors have been warned not to fall for get-rich-quick suburbs. Speaking to Smart Property Investment, Mr Pascoe shared his theory that many failed mining town investors had been the victims of property spruikers.

“A lot of people who have bought in these hotspots, these mining towns, that the pants have dropped out of and they end up going bankrupt and losing everything – they went through spruikers; they went to seminars, they went to webinars, they went to information nights, they went to education nights, where the spruiker filled them with the grandiose dream that you could make millions and billions out of property investment and you can do it really quickly if you find the next boom town.”

Mr Pascoe used Roxby Downs in South Australia as a key example of investors being duped by unfounded hotspot speculation.

“I’ve seen a lot of hotspots and boom towns, especially when I was in Adelaide. Roxby Downs, which was Olympic Dam – hotspot, boom town, everyone jumped on the bandwagon and then BHP pulled $35 billion off the table and didn’t develop it.”

Despite the commodities boom coming to an end, Mr Pascoe warned that investors still face unscrupulous real estate operators in other areas of the country, citing as an example the offers of rental guarantees for new developments in some of Australia’s largest cities.

Mr Pascoe advised investors to avoid property investment advice that is based on following a single, formulaic strategy.

“Generally the spruikers that will tell you that you should only buy cash flow positive, that’s all they’ve got on their stock list,” he explained. 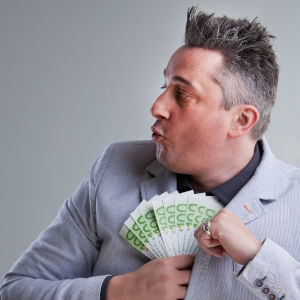