New data has revealed the most affordable suburbs for both houses and units in Tasmania's capital city. The figures released by CoreLogic RP Data are based on median values of suburbs with at least 10 sales over the 12 months to January 2016.

The most affordable capital city suburb for houses on the Apple Isle was Herdsmans Cove, with a median price of $137,724.

Neighbouring suburb Gagebrook took out second place with a median house price of $140,650.

Clarendon Vale was next best, recording a median house price of $154,642.

BridgewaterBridgewater, TAS Bridgewater, SA and Risdon Vale rounded out the top five most affordable suburbs for houses in Hobart with median prices of $172,947 and $177,977 respectively.

New Norfolk took out the title of most affordable suburb for units, with a median unit price of $193,015.

The final two suburbs in the top five most affordable for units were MontroseMontrose, VIC Montrose, TAS and Glenorchy. The pair recorded median prices less than $200 apart, at $207,232 and $207,356 respectively.

Queensland’s Russel Island recorded a median house price of $225,655 to secure the number one position for houses, while Bethania was named Queensland’s most affordable for units ($169,448).

In South Australia, Davoren Park ($179,954) and Evanston ($132,682) took the top positions for most affordable suburbs for houses and units respectively. 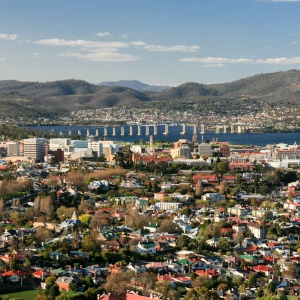