An ACT region has been named Australia’s top building and population hotspot for the third consecutive year. 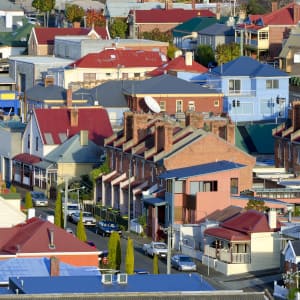 The South West again took the number one spot in the Housing Industry Association's (HIA) top 20 building and population hotspots, recording an annual population growth rate of 127.3 per cent in 2014-15, with $216.5 million in new dwelling approvals.

Victoria’s Cranbourne East finished in second place – up three places from 2013 to 14 – with a population growth rate of 32.0 per cent and $328.7 million worth of new dwelling approvals.

The Cobbitty-Leppington area in New South Wales and Harrison in the ACT rounded out the top five, with population growth rates of 26.1 per cent and 22.8 per cent respectively, and with $363.8 million and $101.7 million in new dwelling approvals.

The HIA also identified regions where further upward momentum in building activity was expected to occur in 2016.

Queensland’s PimpamaPimpama, QLD Pimpama, QLD region was singled out as the top area for future building activity, with an estimated increase of 147 per cent in new dwelling approvals forecast for the region in 2015-16.

The Cobbitty-Leppington area in NSW and Victoria’s Cranbourne East finished fourth and fifth respectively, with estimated increases of 48 per cent and 44 per cent in new dwelling approvals.

“The fact that ten of the Top 20 hotspots are located in NSW and Victoria speaks volumes,” HIA economist Diwa Hopkins remarked.

“These two states have been the engines of the strong upturn in new home building over the last few years.

“It is also encouraging to see WA still perform strongly this time at the national level, considering the difficulties arising from the natural resources downturn,” she concluded.

Last Updated: 22 December 2017 Published: 02 May 2016
share the article
Invest like an expert: 3 tips for success
'The worst property investment decision we made'