Finding a home in any Australian capital city will set you back hundreds of thousands of dollars, but some suburbs answer only to millions.

Here are some of Sydney’s top millionaire suburbs you’ll want to live in – if you’ve got the dough. The median price for each suburb is based on a CoreLogic RP Data study.

With a median value of $5,596,397, Point Piper stands tall as Sydney’s most expensive and exclusive suburb. Characterised by its residential affluence and waterfront opulence, this small eastern Sydney suburb is a mere six kilometres from the Sydney CBD. Point Piper is widely considered the most prosperous residential suburb in Australia, with some homes starting from $38,900 per square metre. Sitting beside other affluent suburbs like Double Bay, Bellevue Hill and Rose BayRose Bay, NSW Rose Bay, TAS, the spectacular backdrop overlooking the harbour makes Point Piper one of Sydney’s most prestigious residential addresses.

Coming in at a close second, the median value of a home in Centennial Park is $5,199,324. Centennial Park lies on the western border of the famous parkland, featuring many luxurious homes on large blocks of land. Multi-unit buildings are also common in this exclusive suburb. Located just 3.8 kilometres south-east of Sydney’s CBD, Centennial Park is well connected to all parts of the city, making this a highly coveted location for those with deep pockets.

With a median value of $4,125,216, Vaucluse is a high-end suburb located in the eastern part of Sydney. This desirable residential address is approximately eight kilometres to the north-east of the Sydney CBD. The harbour-facing side of Vaucluse boasts spectacular views of the Sydney Harbour Bridge and the gorgeous cityscape. Vaucluse is adjacent to other wealthy suburbs like Dover Heights, Watsons Bay and Rose Bay.

The median value of homes in the eastern suburb of Bellevue Hill stands at $3,810,420. Just five kilometres east of the CBD, this affluent suburb features well-proportioned homes and multi-unit apartments. Bellevue Hill is widely regarded as one of the wealthiest suburbs in Australia and is home to some high-profile city mansions. It has plenty of excellent schools, including private schools like Cranbrook School and The Scots College. This residential suburb remains popular with well-to-do families thanks to its prized address and convenient location.

With a median value of $3,534,024, Tamarama is another exclusive suburb well ahead of the million-dollar club. This beachside eastern Sydney suburb is just seven kilometres away from the CBD. The spectacular coastal location makes it especially attractive for wealthy professionals who have the dollars to spend on exclusive residences. The parklands adjacent to the beach are popular for recreational activities like surfing, swimming, sunbathing and picnicking.

A respected estate agent with over 10 years’ experience and a superior track record in sales and leasing results, Michael Murray is deeply knowledgeable in Sydney’s dynamic and diverse property market.

Michael has secured tenants for some of Sydney’s most elite properties. He has set new records for rental prices achieved, and received prestigious awards for his performance in leasing properties.

An aptitude for matching tenants, buyers, investors and vendors with their ideal result is a signature of his professional style. Michael has a personable and competent manner, and is known for his open, honest communications.

Outside his industry achievements, Michael is a known community figure who has been a volunteer lifeguard at Bondi Surf Life Saving Club for over a... Read more 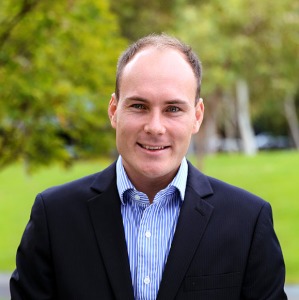