A second property organisation has come to the defence of investors in the wake of the industry’s debate on housing affordability, and has outlined two strategies to tackle the issue. The Property Council of Australia said in a statement that while some have argued that investors are driving up house prices, the statistics prove otherwise.

“The fact is that owner-occupiers account for two in every three purchases,” it said. “Far from crowding out home buyers – investors are supporting supply. In 2015, investors supplied 58,000 new dwellings nationwide.”

According to the Property Council, one of the reasons the industry opposes changes to negative gearing is because it believes it will impact housing supply.

“You can’t put $32 billion in new taxes on the property industry and not expect it to harm housing supply and make a bad situation worse,” it said.

“No modelling has been produced on the [Labor Party’s] proposed changes to negative gearing. No one can be certain about its impact on investment, construction, prices and rents.”

The industry body said there are two areas where the federal and state governments can work together to improve housing affordability.

“First, we should re-establish ‘national competition payments’ and incentivise the states and local government to reform outdated planning laws,” it said.

“While we have seen piecemeal improvements from state governments in recent years, our planning systems are stymieing growth and putting artificial pressures on house prices.

“Research undertaken by Deloitte indicates that national competition payments could provide up to $3 billion in economic uplift,” the statement said.

Secondly, the Property Council said the debate on stamp duty needs to be kick-started.

“Stamp duty is a dreadfully inefficient tax that is a drag on the economy and kicks every house buyer in the shins,” it said.

“Worse still, when home owners put the cost of stamp duty onto their mortgage, over the life of a loan they are paying the tax all over again.”

The Property Council’s comments come after Heath Bedford of Performance Property Advisory said investors have been unfairly caught in the crossfire amid the examination of the current affordability crisis. 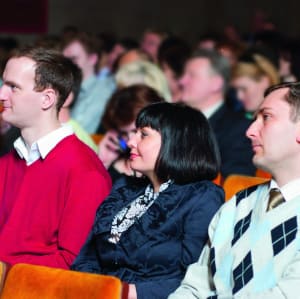 Last Updated: 22 December 2017 Published: 19 May 2016
share the article
Property market a ‘war zone’
Investing outside your home city for the first time: how investors should do it