Investor demand for off-the-plan inner-city developments continues to climb, despite various predictions that an apartment oversupply will be the catalyst for a significant price collapse. Earlier this week, research consultancy Capital Economics released a report that claimed house prices in Australia will fall by about 10 per cent over 2019 and 2020.

Following this, BIS Shrapnel released the Inner Brisbane Apartments Market Brief, which revealed that demand for off-the-plan apartments within the inner-Brisbane apartment (IBA) area has escalated since 2013.

“The rise in off-the-plan sales has allowed a greater number of projects to reach sufficient pre-commitment levels to obtain finance and begin construction,” the report said.

“The period between peak demand and the subsequent lag of pipeline supply reaching the market has apartment completions set to soar to record levels over the next few years.

“In the short term, demand for inner-city apartments from investors shows little signs of abating despite the potential impact on rents and prices of further sizeable new additions to the rental stock across inner Brisbane.”

According to the report, the current pipeline suggests that off-the-plan completions are on track to peak at over 7,000 apartments in 2016-17, with investors continuing to form the bulk of underlying demand.

“Relatively less expensive apartment prices and more attractive rental yields compared to their respective home markets [are] likely to sustain demand for IBA stock from investors in Sydney and, to a lesser extent, Melbourne.

“Similarly, this should also see overseas investors increasingly favour inner-Brisbane apartments over Sydney or Melbourne, with demand from other countries also underpinned by a preference to invest in a more transparent and stable political environment.

Speaking at the BIS Shrapnel Forecasting Conference in September last year, the company’s managing director Robert Mellor said previous predictions that Brisbane and the surrounding regions would follow in Sydney’s footsteps and see rapid property price growth may need to be adjusted.

“If you’d asked me 12 to 18 months ago I would have said Brisbane is really the next hot place to go, [but now] I would be very cautious because the population growth is probably not going to be as strong as we thought in the past and certainly there are some big risks with apartments,” he said.

“Too many apartments [are being] built,” he said.

Mr Mellor said investors would likely find more success if they looked beyond the inner city.

“You’re probably better off buying houses out in the suburbs, where there is probably still an undersupply,” he advised.

Even though Brisbane appears to be undersupplied in aggregate terms, according to BIS Shrapnel’s figures, it remains at “significant risk” of oversupply, Mr Mellor said.

“They’re building about two to three times [the average] level that they were building over the last 10 to 15 years.”

He added: “While we do not deny there is a significant shift in the demand by both owner-occupiers and renters for high-density apartment living, while that shift is occurring, we don’t believe the current numbers across the country justify how much high-density construction we’re seeing – and that will result in oversupply.” 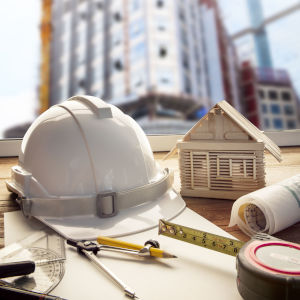