One state’s regional suburbs are experiencing significantly stronger price growth than its capital city suburbs, according to recent figures. REIWA president Hayden Groves said the figures showed that while parts of regional WA are still feeling the effects of the slowdown in the mining sector, a number of areas are showing signs of strength in a challenging market.

“It’s really pleasing to see that regional WA’s overall median price lifted 1.3 per cent over the quarter, and looking at houses, units and land individually, there was notable growth in all three areas,” he said.

“In particular, units experienced the biggest quarterly growth in median price, lifting 6 per cent. This can mostly be attributed to the Mandurah-Murray region, which saw its median unit price improve significantly to $390,000 over the quarter, from $320,000 in the December quarter 2015.”

At a sub-market level, around half of the state’s regions experienced positive median house price growth over the quarter.

“Bunbury in the state’s south-west saw the biggest increase to its quarterly median house price in the March quarter, lifting 5.6 per cent to $395,000. Bunbury also saw an improvement in house sales activity over the quarter, with volumes increasing 6 per cent in the first three months of this year,” Mr Groves said. 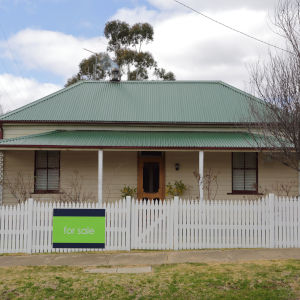 Last Updated: 22 December 2017 Published: 31 May 2016
share the article
Tips and traps for buying interstate
Secrets to finding your own hotspots revealed