Despite concerns of apartment oversupply in Australia’s biggest cities, the federal government has announced that it is focusing on infrastructure, land release and zoning in certain pockets in order to stabilise the housing market. Earlier this week Angus Taylor, the Assistant Minister for Cities, told radio presenter Tom Tilley on the Triple J program Hack that the housing affordability and negative gearing debates have somewhat missed the mark, and announced the government is turning its attention to western Sydney.

“The real issue we’ve had for many years now [is that] there’s been too much constraint on our ability to build and develop in areas close to jobs and with good transport connections.

“We’re starting in western Sydney because we know that’s where the problem is greatest. We have seen land prices really increase out in western and south-western Sydney.”

Mr Taylor said the “simple” answer to affordable housing has nothing to do with tax concessions or negative gearing.

“Every economist you speak to about housing will tell you the fundamental issue with making housing more affordable, more available, is housing supply,” Mr Taylor said.

“If you want people to have more houses, you need more houses. It really is that simple.

“And that is why our city’s policy is absolutely focused on how we get more housing supply.”

Mr Taylor said the solution lies in rezoning areas where additional housing can be built, as well as providing good transport links to these areas.

“Those two things have got to happen in parallel,” he said.

Mr Taylor’s comments come after Prime Minister Malcom Turnbull’s announcement, on the same day, of a new ‘City Deal’ for western Sydney as the centrepiece of the Coalition’s Smart Cities Plan.

“The reason housing has been unaffordable or less affordable in Sydney than it should be is because we have not been building enough houses.

Both major parties have plans to drive economic growth through the construction of Sydney’s second airport at Badgerys Creek.

“We need more local jobs here, and with Badgerys Creek being built, very significant investments committed by the federal government – this is an opportunity to create more local jobs in western Sydney,” Mr Turnbull said.

“It’s a once-in-a-generation opportunity. We will be pursuing it as part of the City Deal.” 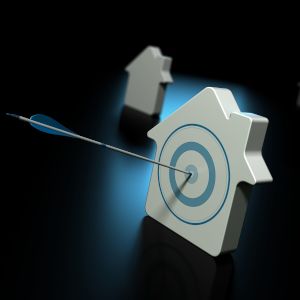