Is land banking a scam?

Land banking – it’s a term which can be shrouded with negativity and is often in the spotlight for all the wrong reasons. But what does it actually mean, and can it work as an investment strategy? What is land banking?
Land banking is a speculative investment strategy, which centres around the acquisition of land deemed to hold a significantly higher future value, pending a change to development zoning.

In Australia, the term is often applied in the context of land banking schemes, which are managed by a central authority. With these setups, investors put money down in return for a designated ‘plot’ in the scheme, or shares associated with a plot in the land, purchased by the company.

The theory is that once these development changes have been approved, the value of the land will increase dramatically.

Land banking schemes often involve acquiring large blocks of land, with the cost of buying-in shared between multiple investors. Oftentimes a central company will act on behalf of investors. This company will offer investors individual plots, or shares, in a larger land parcel – with the idea being that when the site is sold for an increased value after a zoning change or development approval, the investor will receive a proportion of the sale price.

Indeed, successful land banking could almost be described as the purest form of property investment – identifying an area with future potential and then timing the market correctly.

Adding to this, there’s usually little to be done with a land banking investment in terms of maintaining it between the time of purchase and sale. The value lies with the land, and not what sits on it, so establishing or maintaining a building isn’t part of the equation.

What can go wrong with land banking?
All property investment is speculative – investors buy into a market with the hope that future values are going to rise, not fall. In an existing market, where houses, infrastructure and population demand already exist, this speculative risk is reduced. There is an existing basis from which to project future price growth.

In a land banking scheme, the future worth of the land in question hinges almost entirely on gaining future development approval.

In a land banking scheme the risk is increased, as the scheme’s worth is purely based on what the land value may be if future zoning changes/development rules are changed, or the future population demand exists – changes which certainly aren’t guaranteed to take place.

The other risk with land banking is unscrupulous companies and spruikers who sometimes operate the schemes. The corporate regulator, ASIC, says one of the main issues with land banking is that many investors are unaware that some schemes are unregulated, and that little exists in the way of protections should a scheme, or its operators, run into financial difficulties.

One of the potential financial difficulties highlighted by ASIC is that the ongoing legal and planning costs associated with getting the necessary approvals can get into the development funding – potentially leading the company towards insolvency. This raises the possibility of investors – or ‘option holders’ – losing the funds they’ve invested.

One of the other major risk factors with a land banking scheme is that the operators of such a scheme may in fact be contravening financial regulations by offering unqualified investment advice.

According to ASIC, a scheme is a ‘managed investment’ if:
 investors do not have day-to-day control over managing their investment
 the scheme involves pooling investor funds
 the funds are used to further the development

To confirm whether the developer/promoter of a scheme hold an AFSL, investors can check ASIC Connect's Professional Registers.

How can I minimise the risks of land banking?
Steps you can take to minimise the risk of a land banking investment include contacting the local council with jurisdiction over the block of land in question and enquiring as to the possibility of the land zoning ever being changed to allow property development. If the answer is ‘no’ it’s an obvious indication of the scheme’s viability and the veracity of the developer’s claims.

Check with ASIC Connect’s Professional Registers to find out if the developer/promoter is qualified to manage the scheme.

You can also conduct research into any previous schemes the developer/promoter has been involved in – were they successful, or the subject of any regulatory intervention? If a scheme’s operator has previously been in trouble with authorities it’s a sure-fire warning sign.

Does land banking deserve its reputation?
If investors are prepared to take the risk of a highly speculative investment, a land banking scheme may have plenty of potential benefits, and could end up paying off handsomely.

If you take measures to effectively research any land banking scheme you’re contemplating investing in, including conducting background checks on the developers and operators running the scheme, you can minimise the risk and increase your chances of success through such an investment vehicle.

However, plenty of evidence exists that this investment approach is highly susceptible to exploitation by unscrupulous operators – including previous cases involving land banking scams.

The following cases from 2015 provide such an example of how schemes can come undone.

Investors considering this investment strategy would be wise to do their due diligence, be able to identify dodgy operators, know the risks of property investment and how to reduce them, and get independent financial advice before signing on any dotted lines. 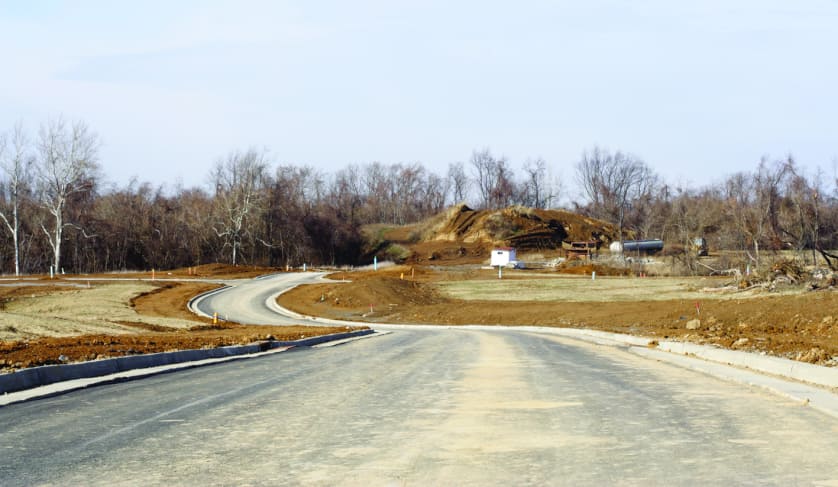