A well-known Sydney property developer and former company director who "lacked commercial morality" will not be able to manage corporations for three years, after ASIC's original decision was upheld. The AAT found that, "Mr Mehajer's management of SMPD P/L and SMEC P/L together with his conduct in relation to their business and property, fell far short of what is reasonably expected of a director."

In affirming ASIC's decision, the AAT stated that the disqualification was "appropriate to protect the public and to allow Mr Mehajer time to properly acquaint himself with the duties of a director of a company and his obligations to those with whom the company may transact."

The AAT also found that Mr Mehajer "adopted a cavalier approach to his management of the companies, which included their responsibility to creditors, and his duties to ensure that the companies met their legal obligations."

The AAT highlighted "the need for such a disqualification in the public interest as a means of protecting others from his incompetence."

The AAT decision was subject to a suppression order that expired on 2 September 2016 (being Friday at midnight). Mr Mehajer's period of disqualification will cease on 5 November 2018.

On 5 November 2015, ASIC disqualified Mr Mehajer, of Lidcombe, NSW from managing corporations under s.206F of the Corporations Act 2001 for a period of three years.

The disqualification follows an ASIC investigation into the failures of SM Property Development Pty Ltd ACN 130 968 811 (SMPD) and SM Engineering and Constructions Pty Ltd ACN 132 853 153 (SMEC) after receiving reports from liquidators of both companies. SMPD and SMEC operated in the property development and construction industries.

ASIC found Mr Mehajer's inability to manage corporations to the standard expected of him caused SMPD and SMEC to fail. Specifically, ASIC found that:

• Mr Mehajer failed to ensure SMPD maintained adequate financial records, hindering the liquidator from making enquiries to determine whether payments made by SMPD to third parties were for a proper purpose,
• SMPD and SMEC failed owing $886,701 and $159,206, respectively to the Australian Taxation Office (ATO),
• Mr Mehajer failed to ensure SMPD complied with its statutory obligation to lodge returns with the ATO, and Mr Mehajer provided information to the liquidator of SMPD only after ASIC took criminal proceedings against him.

ASIC also found Mr Mehajer's conduct lacked commercial morality in that he allowed SMPD to collect GST of $315,192 from the sale of townhouses but failed to remit it to the ATO. 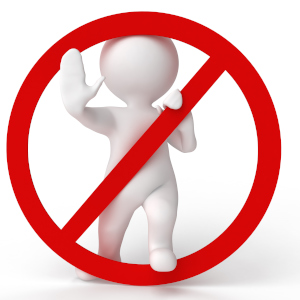 Last Updated: 22 December 2017 Published: 06 September 2016
share the article
How to style your home for sale
How to take advantage of 'ugly duckling' properties